U.S. markets and stock ETFs wobbled Tuesday as the S&P 500 was heading toward its worst first quarter since the Great Depression.

The equity markets continued to slip Tuesday, with the S&P 500 on pace for its worst first quarter since 1938, as the economy likely dipped into a recession due to the coronavirus pandemic, Reuters reports.

Meanwhile, the blue-chip Dow is on pace for its biggest quarterly percentage pullback since 1987 while the tech-heavy Nasdaq is on course for its worst start of the year since 2018.

“Stocks have been on a wild ride … (and) not surprisingly, investors are split on whether to lean in to or fade the current rally,” Jonathan Golub, chief U.S. equity strategist at Credit Suisse Securities, told Reuters.

Nevertheless, U.S. markets have somewhat stabilized after the unprecedented fiscal and monetary stimulus, following wild swings in the past month that dragged major benchmarks into a bear market. After the sell-off from the record 12-year highs of mid-February, the Dow Jones Industrial Average and S&P 500 indices are set to end the quarter more than 18% lower from the start of the year.

Technology stocks, though, have been more resilient amid the broader selling pressure.

“You’re still watching Netflix, you’re still ordering your stuff from Amazon … the usage is so ingrained for some of these names even with this backdrop (that) it’s not surprising that tech has held up as well as it has,” Jack Janasiewicz, portfolio manager at Natixis Investment Managers Solutions, told Reuters.

On the other hand, energy companies were among the worst hit in the first quarter on rising expectations of disruptions to normal business and travel bans, along with a global price war between major producers. Additionally, financial sector stocks, notably banks, plunged due to the Federal Reserve’s aggressive monetary policy easing that further weighed on the banking segment’s net interest margins. 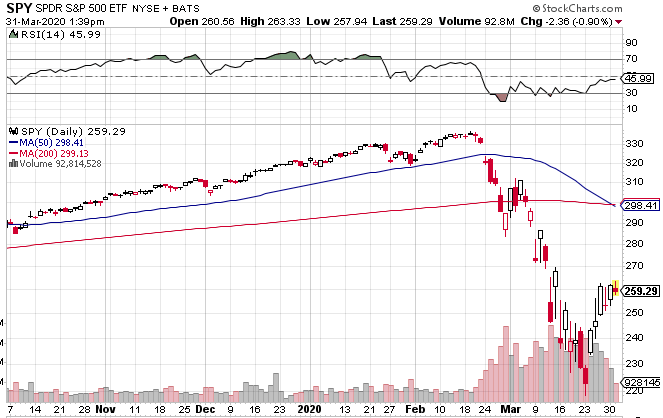 Nasdaq ETF for all tickers under 100m market cap?
https://www.reddit.com/r/ETFs/comments/yri0li/nasdaq_etf_for_all_tickers_under_100m_market_cap/

Need advice in which etf to invest i am looking for a long term investment
https://www.reddit.com/r/ETFs/comments/yw68d6/need_advice_in_which_etf_to_invest_i_am_looking/