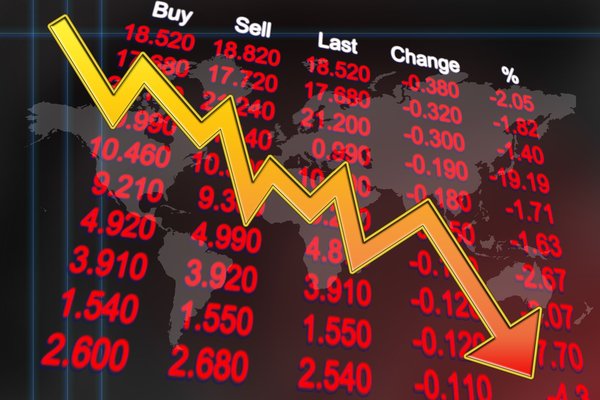 U.S. markets and stock ETFs declined Wednesday after a soft patch in private-sector jobs weighed on sentiment and fueled fears that the economy is making a turn for the worse.

According to the ADP National Employment Report, the protracted trade war between the U.S. and China may have spilled over to the domestic labor market as U.S. private employers hired fewer-than-expected workers in September, Reuters reports.

“People have been anticipating a bear market for years and they are very anxious and so any number like the ADP number is amplified in the volatility on the downside,” Tom Plumb, chief investment officer at Plumb Funds, told Reuters.

The private payrolls report, which came out ahead of the Labor Department’s more comprehensive jobs report due Friday, followed a day after data revealed U.S. factory activity contracted to its lowest level in over a decade, further fueling the risk-off mood that plagued the start of the fourth quarter.

Related: Why Gold is Shining Bright This Quarter

Political risk may have also played into Wednesday’s selling after presidential candidate Bernie Sanders canceled campaign appearances due to a health issue. Art Cashin, who runs the NYSE floor operations of UBS, argued that if Sanders dropped out, most of his support would go to Sen. Elizabeth Warren, whom has been a long-time critic of banks and Wall Street.

Whoever it was being sucked into the last ~14 ... months' equity rally since the Christmas 2018 turnaround, it wasn't buyers of #ETFs or mutual #funds.
THEY'VE been lightening up all the way in favour of #bonds & MMkts.
So looks like the "smart" money's taking the lumps.
#coronavirus

In 2014 Jiefu Awards was launched by FinFo Global ... which a top financial media in China. The 9th HED Conference will be held in Shanghai on April 23-24, 2020, in the night of Jiefu Awards ceremony will announce 2019 "Fund and Wealth Management" awards.#hedgefund #ETFs #Derivates