Fixed income ETFs saw net buying during the month, with ‘buys’ outstripping ‘sells’ by 22 percentage points. Overall activity in the asset class beat the previous 12-month rolling average by two percentage points. North America and Europe Equities were once again the most active ETF categories with a combined traded notional of nearly EUR 9.9 billion.Equity-based products dominated the list of most heavily-traded ETFs in March. The iShares Core S&P 500 UCITS ETF held on to the top spot for the second consecutive month.Total consolidated US ETF notional value traded in March 2019 was USD 9.24 billion.As a percentage of total notional value, equities accounted for 55.6 per cent and fixed income for 40.0 per cent, with the remainder comprised of commodity and specialty ETFs.Adam Gould, head of US equities at Tradeweb, says: “While March was relatively high on macroeconomic news, volatility continued to remain in check. As the 2019 dovish sentiment from the Federal Reserve has continued to soak into market consciousness, our customers have continued to position accordingly. The sheer mix of asset classes and client types trading on the US ETF platform underscores the broad scope of ETF usage and ability for the platform to meet customer trading needs.” The Rise of Active Non-Transparent ETFs 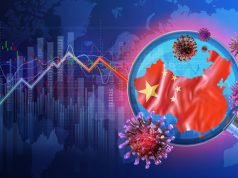