January was an interesting month for the ETF space, seeing just 12 launches and six closures. However, State Street Global Advisors also made some major changes to its advisor-geared ETF family that could have some major implications.

State Street Debuts ‘Baby’ SPY
The SPDR lineup has included a low-cost “Portfolio” family of ETFs for some time. It currently includes more than 20 ETFs, many of which tracked in-house indexes until recently. As of Jan. 24, four of the funds have adopted S&P indexes, with the most notable being the SPDR Portfolio Large Cap ETF (SPLG) swapping out its in-house index, the SSGA Large Cap Index, for the S&P 500 Index and changing its name to the SPDR Portfolio S&P 500 ETF.

Essentially, this is a cheaper version of SPDR S&P 500 ETF Trust (SPY), with a 0.03% expense ratio in an open-ended fund structure as opposed to a grantor trust. The move puts the pricing on par with that of the Vanguard S&P 500 ETF (VOO), and while traders will likely continue to rely on SPY’s deep liquidity, longer-term investors will likely be drawn to SPLG.

After all, VOO and the iShares Core S&P 500 ETF (IVV) looked like they spent most of 2019 pulling assets away from the more expensive SPY, with the cheaper funds gaining a combined total of more than $30 billion during the year. SPY, charging an expense ratio of 0.09%, lost more than $2 billion in 2019.

Beyond the SPDR Portfolio S&P 500 ETF, three other funds made significant benchmark changes:

The funds’ expense ratios and tickers have all remained the same.

A Dozen Launches
The launches during the month came mostly from larger and more established issuers, with smaller firms seeing less representation. Innovator kicked off the year with four launches that expand its defined outcome ETF family:

Meanwhile, iShares rolled out three new ETFs during the month:

There were also five launches from newer and smaller issuers. Syntax added a second fund to its lineup with the Syntax Stratified MidCap ETF (SMDY), which reweights the components of the S&P MidCap 400 based on related business risks. The fund is not precisely a new launch but was converted from an existing traditional index mutual fund. However, for the purposes of ETF.com, we will include it as a new ETF.

The Leuthold Group debuted the Leuthold Core ETF (LCR), an actively managed global asset allocation ETF. It uses a quantitative methodology that takes into account multiple data points. While expected to invest primarily in stocks and bonds, the fund can also hold cash, other equities, commodities, futures and other investment vehicles.

Donald L. Hagan, LLC rolled out its first ETF, the actively managed Day Hagan/Ned Davis Research Smart Sector ETF (SSUS), which uses a proprietary risk management model to overweight and underweight the 11 main U.S. sectors based on a number of inputs. The fund can allocate up to half of its portfolio to cash-type holdings if the model indicates it should do so.

Absolute Investment Advisers also launched its first ETF with the Absolute Core Strategy ETF (ABEQ), which looks to select U.S. stocks that do well in any environment via a bottom-up approach that encompasses the full market capitalization spectrum. It can switch its entire portfolio into cash-type holdings if necessary.

WisdomTree dominated the closures this month, jettisoning three of its funds in mid-January:

Hong Kong-based CSOP Asset Management exited the U.S. ETF market during the month, transferring one of its remaining U.S.-listed ETFs to Pacer ETFs and closing the other, the CSOP MSCI China A International Hedged ETF (CNHX), on the first trading day of the year. 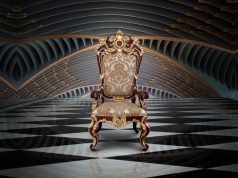 Most investors best served with a well diversified... portfolio and keeping fees low (#ETFs in a nutshell), as majority of active fund managers continue to underperform (versus benchmark index).

This is where #roboadvice can help.

ETFs pave the road for those investors seeking ... diversification