By Allan Lane, Algo-Chain – Such has been the political din over the last 12 months, both here in Europe and the US, one can be forgiven if you weren’t able to keep abreast of the digital chaos that cut through the financial services industry.  Trust me, as the saying goes, there was chaos.

Ten years ago, to the day, I remember discussing with my colleagues at iShares what the end game would be if the then nascent price war on ETF management fees continued.  Well here we are in 2019 and we got more than a glimpse of how that story would unfold.  Not surprisingly the interconnectivity across the distribution chain makes identifying who might be the winners and losers not so clear, but the collateral damage isn’t isolated in one corner of the eco system.

There has been no shortage of news stories from the brokerage arena, but topping the list was that dramatic moment in early October when the market reacted to the news that Charles Schwab would be offering free commissions on all single stock and ETF transactions. Within minutes TD Ameritrade’s share price would gap down 29 per cent, along with a hard sell-off of other brokers’ shares. Barely six weeks later and Schwab made their move on TD Ameritrade with a USD26 billion bid, and with TD’s share price back to where it started in October.

Assuming the deal avoids any antitrust headwinds, this new colossus will oversee USD5 trillion of client assets. The drivers of change are almost always tech led and none more so than in the retail broker market, but with commissions now set at zero one can only assume the future will see a whole new range of services on offer.

Prediction:  DIY Indexation will usher in a whole new framework whereby the investors will have their own passive investing experience, but with this will come a new type of intermediary that is technology led.

Closer to home, much of 2019 was spent by the UK’s star fund manager, Neil Woodford, facing off to his detractors.  Eventually Woodford was forced to throw in the towel, resulting in the biggest fall from grace since the … um … fall from grace.

As bakers go, Woodford had been touted as the year-on-year winner of ‘The Great British Bake-off’, but the judges that have stepped in made less than complimentary comments about his results.

While some commentators have made this a story of ‘Active vs. Passive’, it is not.  The essence of this debacle, which by the way I believe has done irreparable damage to the reputation of the UK’s fund management industry, revolves around the issue of vested interests.  While ETFs might position themselves as the forefathers of the democratisation of investing, that comes to naught if the supply chain decides to prop up an underperforming fund manager, for example, by adding it to their best buy list.

This story hadn’t really been about fees either, with many punters willing to pay for investment skill, but once Woodford refused to cut his fees while gating the fund, as everyday passed it made a mockery of treating the customer fairly.  In isolation this would have been a very big story, but in actuality it seemed to have galvanised large swathes of the financial press to finally ask ‘where had all the client’s money gone?’  Not surprisingly the press has found other pockets of the industry, or should I say canyons, that have been left wanting.

Prediction:  The hidden costs associated with active fund distribution will be under more scrutiny than the actual fees paid to the fund managers as technology enables an increasing number of ‘Digital Distributers’ to shake up the industry.

Talking of Active Investing, what a year it has been.  Just as an increasing number of Hedge Fund advocates were giving up the cause, along comes Greg Zuckerman’s compelling thriller about James Simmons.  Entitled ‘The Man Who solved The Market’ Zuckerman regales the reader with stats that will drive hundreds of new graduate recruits into the hedge fund industry.  With talk of a twenty-year track record, delivering an average annual return of over 60 per cent before fees, can you blame anyone for wanting to get a slice of that pie?

Before you all get too carried away, let’s not confuse this area of active management with the mainstream where over 80 per cent of managers fail to beat their benchmark. This fact alone has driven quite of lot of investors to sign up to the Kool-Aid that some passive investment firms offer. One would have thought that the relentless rise of the ETF industry would have been kind to all providers, but nothing could be further from the truth.

The shock news last month that BMO would be closing its ETF division in London brought home the realisation that low fees equate to low revenues. Any business unit that has a single revenue stream is strategically weak, even if it dominates the whole market.  Investors don’t buy ETFs in isolation, they are part of a broader process called portfolio construction, but within most large firms like BMO there will be a multi-asset team that is not obliged to hand over that revenue opportunity to their colleagues.

I would love to have been a fly on the wall in JP Morgan’s sales meeting when they launched their US Equity ETF with a management fee of 0.02 per cent earlier in the year.  One can only imagine the reaction of the sales team as they discussed how to divvy up the revenue per sale for a product that only makes money when sold electronically.

Prediction: Perhaps not surprisingly the largest ETF provider of them all, yes that’s BlackRock, made the strategic decision many years ago to diversify their revenue stream into what is essentially a technology based offering, and that is their Aladdin Risk & Portfolio Management platform used to oversee something in the region of USD20 trillion in AUM.  In the future all other ETF provides will be forced to diversify their revenue streams with tech-based offers – as fees go to zero how else can they compete! 5 Key Themes That Will Drive Markets in 2020 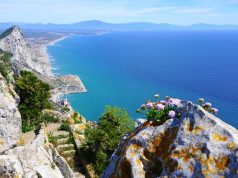 Time To Head Overseas if U.S. Equities Has a Modest Year? Fun debating ⁦@EricBalchunas⁩ in ... ⁦@CitywireUSA⁩ office about how popular ($10B + AUM in year 1) active non transparent #ETFs will be. Thanks to ⁦@nicolempiper⁩ ⁦@Garlandgoeswest⁩

Thank you @NYSE for hosting us to ring the opening... bell this morning in celebration of our newly launched ETF, the Syntax Stratified MidCap ETF (NYSE: SMDY)! #StratifiedWeight #ETFs

#Smallcap #ETFs need work before I can jump back ... in. #WaitingForTheTrade #StockMarket #trading $TNA $IWM $IWC