Hargreaves Lansdown’s Susannah Streeter, senior investment and markets analyst, writes that the Pound headed back towards USD1.20 as speculation intensified over the timing of the PM’s resignation.

Weakness to sterling remains as new leader is sought and fresh limbo begins, she writes and notes that FTSE 100 stayed higher after gains on Wall Street.

‘’The clash of political camps and the row over whether the Prime Minister should stay or go is over. With the mood music changing so abruptly in Westminster and Boris Johnson finally deciding to leave 10 Downing Street, the pound lifted against the dollar, heading back up to USD1.20 before dipping back slightly.

“With the rollcall of resignations now being updated by the minute, and his newly appointed Chancellor of the Exchequer even calling for him to go, his position looked untenable. The pound’s wavering path indicates that that traders believe it’s not quite the end to the political stalemate.

“Mr Johnson is set to stay in position until the Autumn, and the battle is already commencing over who will be the next leader. There is a cacophony of problems on the next Prime Minister’s plate, not least the cost-of-living crisis causing voters so much financial pain. Plus the trading relationship with the EU is still fraught with difficulty given the bill to amend the Northern Ireland protocol. Mooted tax cuts by the new chancellor may be popular with the electorate but risk making the Bank of England’s task of trying to bring down demand and inflation by raising rates even trickier.

“The FTSE 100 has stayed firmly in positive territory since the announcement, helped by the still weaker pound. Investors are welcoming the laser-sharp focus being trained on inflation, and there are ripples of relief in financial markets that the red hot prices look set to be brought down. Policymakers at the US Central Bank, the Fed have shown they are not going soft on inflation and are committed to interest rate hikes of between 0.5 and 0.75 per cent, according to the latest minutes of meeting. Runaway inflation is still viewed as the demon threatening economic stability around the world, and although sharp slowdowns and recessions could be a consequence, the attitude that it’s better to go in hard and fast now to prevent a further price spiral is largely being welcomed. The Bank of England is taking a similar stance with higher interest rates firmly on the table, despite the fragile state of the economy. The Bank’s chief economist Huw Pill, underlined the strategy in a speech, stressing that attention would be trained on making life more affordable through attempts to drive prices back down.

“Although oil prices have moved down the dial this week, the relief could be short lived, given the outlook of higher energy prices posted by Shell.  Cash has been pouring into the coffers of the oil giants and it means Shell has reversed up to USD4.5 billion in write downs of its oil and gas assets, a step it took after counting the cost of pulling out of Russia. Refining margins at Shell have almost tripled over the second quarter, due to the squeeze on global refining capacity and lower exports from Russia. Despite the recent dip, with crude trading at just above USD101 dollars a barrel, it expects to stay prices to stay elevated in the months to come because of the ongoing production constraints and sanctions on Russia. The big risk for Shell and BP going forward is that slowing economies could pull down the price of oil but for now there is an expectation that demand will keep outstripping supply.’’ A Q&A with Dan Weiskopf on Saylor and MicroStrategy 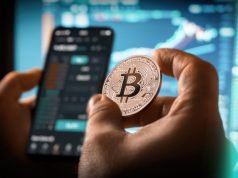 Q&A with Dan Weiskopf on Saylor and MicroStrategy Unloved And Overlooked, Gold Mining Stocks Could Be The Ultimate Contrarian Play