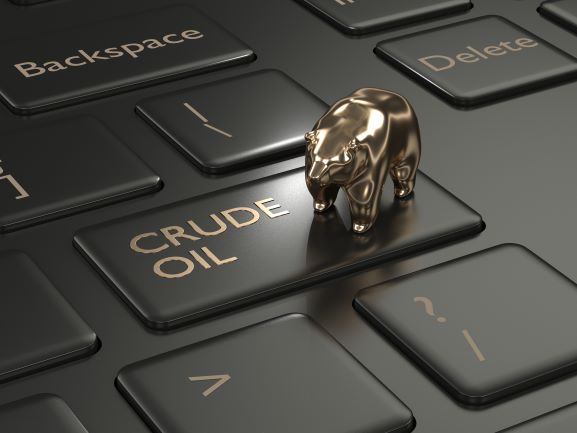 It has been a volatile week for crude oil, which plunged into negative territory Monday, before staging a significant rebound in the new June futures contract, reaping havoc on long investors and ETF owners who scrambled to exit positions.

But while many were on the wrong side of the trade, traders who bet against the United States Oil Fund (USO), generated millions of dollars as the exchange-traded fund plunged, hobbled by the crash in commodity prices.

From February 27 to April 21, USO short-sellers reaped $286 million in mark-to-market profits, a 110% return through Tuesday, according to a Tuesday note from Ihor Dusaniwsky, managing director of predictive analytics at S3 Partners.

In the same period, traders betting against USO propelled into “overdrive,” Dusaniwsky said, by selling an additional 50 million shares, more than 3 times the previous number shorted.

In an unprecedented day of trading on Monday, the price for the May contracts in West Texas Intermediate crude oil destroyed all market value, breaking every low for oil prices since 1946.

The CME ex permitted the futures contract to trade below zero, with markets trading as low as nearly an unbelievable -$40 a barrel. For those unfamiliar with Futures trading, that means that to avoid taking literal, physical delivery of oil at Cushing, OK, holders of the futures contract had to pay to unload before expiration. The extreme move displays the incredible surplus that exists in the U.S. oil market as a result of industrial and economic activity that has been stymied as governments around the globe continue to enforce quarantines and stay-at-home regulations due to the rapid spread of the coronavirus.

As part of the crude oil carnage, trading in USO, a popular retail ETF that is designed to follow the front-month futures price of oil, was briefly halted Tuesday before the opening bell. When the fund resumed trading, it plunged 17% despite the fund not holding any of the May contracts in question.

But as the price of oil continued to fall, shorts reversed their covering and actively broadened their positions against USO. In the last month, shorted shares of the oil ETF have surged nearly 30%, including a roughly 11% pop in the last week, according to S3 data.