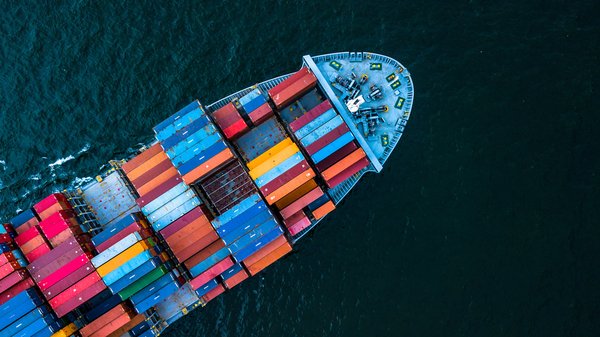 A shipping themed ETF has been quietly outperforming as tanker rates surged to record heights amidst a spike in geopolitical uncertainty.

The Invesco Shipping ETF (SEA A+), which tries to reflect the performance of the Dow Jones Global Shipping Index, surged this month, rallying around 10.6% since the October 2 lows. SEA includes a 36.8% tilt toward energy sector-related shipping.

According to estimates from Clarkson Platou Securities AS, shipping rates have jumped so high that a secondhand supertanker could pay for itself in a couple of voyages, compared to the normal payback period of about a decade, Bloomberg reports.

For instance, the combined market value of Frontline Ltd. and Euronav NV, two pure play shipping owners, surged by 78% to $4.8 billion since mid-August. SEA includes a 3.3% tilt toward Frontline and Euronav is 5.9%.

A number of factors has helped prop up the shipping sector. The primary bullish support may be attributed to U.S. sanctions on two units of a Chinese shipping company in September, which put a part of its fleet of oil carriers off-limits to traders. Consequently, the freight market rallied after already strengthening from the increased Middle East tensions this year.

“This is an exciting dynamic that could create the foundation for a steady improvement in rates and a sustainable period of out-sized cash generation,” Robert Hvide Macleod, the chief executive officer of Frontline’s management company, told Bloomberg. “Given the geopolitical climate, we wouldn’t be surprised to see episodic periods where rates spike in the future as well.”

Oil shipping rates have stood out, with daily rates on very large crude carriers to ship oil to China from the Persian Gulf surging by 90% to a little over $300,000 per day at the end of last week. To put those numbers in perspective, those same vessels earned just $25,000 per day just a month ago.

The latest bullish factor came from rising tensions in the Middle East. Iran stated that missiles hit one of the country’s ships in the Red Sea, which comes less than a month after an alleged missile strike on Saudi Arabia’s oil industry.

“It’s important to remember that rates were trending higher and well above our breakeven levels before the sanctions on COSCO added fuel to the fire,” Macleod added. “The fundamentals were in place due to U.S. exports, falling vessel deliveries, the highest refinery growth in 40 years, and healthy oil demand.”

Is it just us, or do valuations for chip #stocks ... seem to be getting a bit rich, historically speaking? http://etfrc.com/SOXX