Interested in the biotech and medical device stocks with the global medical devices market projected to hit $496 billion this year? You’re not alone. All eyes are on medical device company Medtronic (MDT) and its Q2 earnings report on Tuesday. MDT had a tough year, but could present an appealing buy-low opportunity in the right wrapper, like the non-transparent ETF, American Century Focused Large Cap Value ETF (FLV).

MDT is down -23% YTD, but that hasn’t slowed down institutional investors like Summit Financial LLC, which grew its stake in shares of the firm by 22.2% in the third quarter. The firm also announced last month that it would be shedding two of its business units to sharpen its focus on its core business, which did slightly move the market’s opinion of the firm.

MDT’s difficulties may in part be attributable to the broader struggles faced by equity markets this year – a lot of market sectors were not only benefitting not only from very low interest rates but market spikes in 2020 for medical and technology companies which have since come back down to Earth. The bigger, mega-cap tech companies may make the headlines, but they’re not the only ones that have struggled this year.

Since the October and November mini-rally, it’s possible that the broader market dip might be mitigated for those same firms, giving them the space to rebound. MDT could fall into that category as a possible buy-low opportunity, having surpassed EPS estimates in three of the four trailing quarters.

FLV’s active, non-transparent approach, may limit competitors’ ability to front-run its performance, which beat the ETF Database Category Average and FactSet Segment Average over the last three months by more than 1%. FLV has also outperformed the average’s YTD by more than 2.5%.

The non-transparent ETF has taken in $2.3 million over the last month and charges 42 basis points for its large-cap value exposures. MDT is the largest holding in the ETF by weight as of October 31st, having last been weighted at more than 5%. FLV is also the ETF with the second-largest exposure to MDT.

It’s clear that MDT has had a difficult year, but its earnings this week may present a buying opportunity for those who believe that growing medical device spending could benefit the Dublin-headquartered firm. Investors on the lookout should consider following a non-transparent ETF like FLV as they navigate a complicated equity market torn between bullish and bearish feelings about the new year. 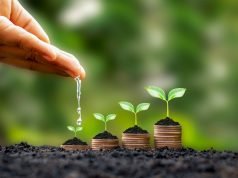 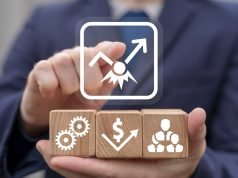 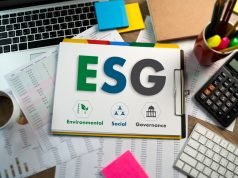 Listing the first #ETF on the #BigBoard in 15 ...years @NYSE marked a culmination of @SECGov rule changes bringing #ETFs back to the floor…

🔹 US or emerging #market stocks?
🔹 #ETFs or... individual #stocks?
🔹 Should you try to time the market?
Check out our Managing Director’s #insight on the top 5 New Year’s Resolutions that could benefit your #portfolio the most.

"Looking to the future I think there will be more... products focused on data outside of just carbon emissions or carbon intensity data." - Robert Edwards, @MorningstarInc