Nontransparent actively managed ETFs have been the holy grail for the ETF industry for the better part of a decade. Eaton Vance launched its “NextShares” exchange-traded managed funds (ETMFs) years ago, but it has not accumulated much in the way of assets, and aren’t classified as actual ETFs.

This past month, however, Precidian received the SEC’s blessing on its in-house model, which implements a blind trust. While an ActiveShares portfolio is not transparent to investors, each fund will publish a verified intraday indicative value every second. Currently, regular ETFs quote net asset values to the marketplace every 15 seconds. The ActiveShares funds will have authorized participant (AP) representative—known as trusted agents—that would be provided data on portfolio holdings and use confidential accounts to do the creations and redemptions for the APs, according to Precidian.

Dan McCabe: We’ve melded the best of two worlds. We’ve created a hybrid vehicle between a mutual fund and an ETF. You’ll have the same type of intellectual property protection you would have inside of a mutual fund, but you’ll have the efficiencies inherent in ETFs.

The ActiveShares will have in-kind creation and redemption methodology that’ll allow the fund manager to reduce cash drag and also usher low-cost embedded shares out of the fund through the redemption process.

You’ll have the ability to list on exchange and have access to real-time pricing data as to the underlying component value of that creation and redemption unit at every second of the day. You’ll also have the ability as a fund manager to eliminate transfer agency cost and potentially the 12b-1 fees associated with today’s mutual funds. Those efficiencies are all to the benefit of the end investor.

It differs from today’s ETF structure in that it protects the intellectual property of the manager. The manager doesn’t have to worry about somebody potentially front-running or free-riding their portfolio decisions.

ETF.com: What makes it different from an ETMF? (Editor’s note: ETMFs, are an alternative nontransparent active structure offered by Eaton Vance that rely on NAV-based trading.)

McCabe: I think the ETMF was trying to solve the same problem, but it’s not an ETF. It only prices once a day, unlike a traditional ETF, which trades at market-determined prices throughout the day.

ETF.com: What were some of the concerns the SEC had when you were going through the approval process?

After years of conversation, we were able to help educate the SEC as to how the process works. And we were very fortunate that many market makers, custodians and asset managers supported us in the initiative.

ETF.com: What kind of demand were you seeing for this kind of product as you were developing it?

McCabe: The process has been a 10-year journey. But when we originally came up with the idea and took it to a couple of the largest managers in the ETF space, they both immediately recognized the value of what we’d created. And we quickly licensed one of those parties. So, demand was immediate.

ETF.com: Did you do any market research with end users?

McCabe: I would like to say that we had but, no, we have not. We recognized that if you create a better mousetrap, people are going to come and find that. At Precidian, we’re not making outgoing calls to managers. What we’re trying to do is field the incoming traffic from people who want to access this structure to better serve their clients.

ETF.com: Were active managers just sitting on the sidelines of the ETF space saying they weren’t going to enter if they had to reveal their portfolios regularly?

McCabe: Today in the U.S. we have about $3.4 trillion in ETF assets under management. That’s grown about 30% annually, on average, since inception. Of that, less than 2% is actively managed. That’s proof it’s not that the active manager didn’t want to come and compete. They didn’t have the right vehicle to compete if they were unwilling to give away their intellectual capital. Now for the first time, we’ve leveled the playing field for them.

ETF.com: What type of products will be coming to market first?

McCabe: If we define the universe of securities the SEC has approved initially, you can figure out the type of vehicles people will be building. For that first-generation exemptive order, the universe of securities allowed initially are U.S.-listed securities, including small, mid, and large cap stocks. It’ll include ETFs. It’ll include ADRs, REITs, Treasuries and U.S.-listed futures. Within that universe, different active managers will be able to apply different strategies.

ETF.com: When does your patent expire on this structure?

McCabe: We have numerous patents on various portions of the ActiveShares structure. Most of them run into the early 2030s. 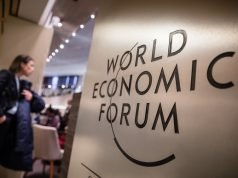 Up a Staggering 20% this January, Grab ‘RWJ’ before It’s Too Late First Trust’s FEM ETF and Why Emerging Markets Are Surging