Today marks an occasion in the ETF industry that many have been awaiting for roughly a decade. American Century Investments launched the first actively managed ETFs with SEC approval to disclose their holdings at quarterly intervals rather than daily.

FDG holds a concentrated portfolio of 30-45 mostly large-cap names believed to be in “early and rapid stage growth.” It really is a stock pickers’ fund, with securities selected based on fundamental analysis of each company. Close attention is paid to growth of earnings, revenue and cash flow, according to the prospectus.

Ed Rosenberg, head of ETFs at ACI, notes that FDG is very similar to one of his company’s existing mutual funds. Interestingly, the mutual fund version charges 0.67% in expense ratio for its institutional class shares, its lowest cost share class, meaning the ETF version is cheaper by more than 20 basis points.

FLV similarly targets large-cap stocks, focusing on those that fall within the market capitalization range of the Russell 1000 Index, which covers the top 1,000 stocks in the U.S. by market capitalization. The portfolio ultimately holds 30-50 securities that represent  undervalued or overlooked companies, using analysis of earnings, cash flow and assets to see if the stock price is too low, the prospectus says.

“American Century is built on a fundamental approach from bottom up analysis. These two funds are very much part of that. [They use] an active approach that fits very well with what American Century does,” Rosenberg said.

“I don’t think you want to tiptoe into the space,” he added. “You want to put your best idea forward and what represents you as a firm.”

Although American Century has a number of existing actively managed ETFs that disclose holdings daily, Rosenberg notes that the concentrated nature of the portfolios made the “nontransparent” model more appropriate.

In the Precidian model, a representative of a fund’s authorized participant (AP) acts as an intermediary between the AP and the ETF. The AP gives creation/redemption instructions to its representative, and the ETF confidentially discloses its holdings and securities to the representative, which is subject to a duty of nondisclosure, according to an SEC document.

From there, the AP representative can carry out the transaction on behalf of the AP using a confidential account, previously referred to in filings as a “blind trust.”

It is, according to Precidian CEO Dan McCabe, a model that relies on arbitrage rather than hedging, as other active models with less frequent portfolio disclosure do. This makes it a better format for a market in a tumultuous phase, in his opinion. Precidian’s model has been licensed by more than a dozen issuers, but it should be noted some of those issuers have licensed multiple models.

There are four other similar models in play that have SEC approval, offered by the likes of Fidelity, the New York Stock Exchange, Blue Tractor and T. Rowe Price. All rely on either a proxy portfolio or an altered version of the actual portfolio.

McCabe argues that such methods are “not real” and that his firm’s model is more accurate.

“We’re pricing every second the real portfolio, and we’re creating and redeeming the portfolio on a blinded basis,” he said. 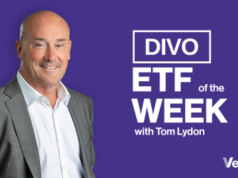