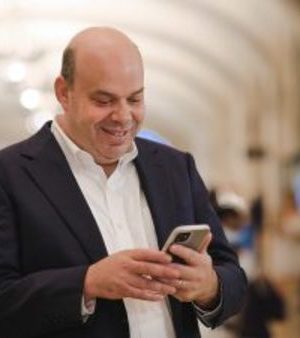 Labor Day marks the end of summer when many kids return to school, football returns, and I eagerly await the latest semi-annual report card for active mutual fund managers known as the U.S. SPIVA Scorecard. While I might be in the minority of you that cannot wait to read through a 40-page research paper, as a former mutual fund analyst turned ETF analyst and head of research at a data and analytics company like VettaFi, there’s nothing like it.

For those of you unfamiliar with the SPIVA research, for 20 years, it has served as a scorekeeper of the active versus passive debate, making apples-to-apples comparisons between active mutual funds and commonly used benchmarks like the S&P 500 Index, the S&P SmallCap 600 Index, and the Barclays U.S. Corporate High Yield Index. Corrections for survivorship bias and style drift are made while focusing on absolute and risk-adjusted returns.

With the SPIVA U.S. Mid-Year 2022 Scorecard is likely coming out later this week, let’s review some of the lessons I’ve learned. Note that for these purposes, I’ve inverted the figures from SPIVA that look, among other metrics, the percentage of active funds that underperformed the index or that survived and did not outperform or disappeared.

Outperforming the S&P 500 Index is hard in any 12-month period but even harder over time. The last calendar year that the average large-cap mutual fund outperformed the S&P 500 Index was 2009, when 52% of them did so. Since then, it has been tough sledding in up markets (a mere 15% outperformed in 2021) and down markets (just 40% beat in 2020). Though 32% of large-cap funds were relative winners in the three-year period ended 2021, just 17% and 6% can be considered as such over the 10- and 20-year periods. Meanwhile, the results are even worse, with only 10% and 4% outperforming over the past one and two decades when risk was accounted for.

Such data helps explain why low-cost, highly accessible ETFs like the SPDR S&P 500 ETF Trust (SPY A), the iShares Core S&P 500 ETF (IVV A), the Vanguard S&P 500 Index (VOO A), and the SPDR Portfolio S&P 500 ETF (SPLG A-) manage over $900 billion in assets today. Advisors and end clients decided it was better to replicate the S&P 500 than to try and often fail to beat the index.

Despite focusing on lesser-followed securities like small-cap stocks or high yield bonds, keeping up with the indexes is a real challenge over the long term. While 49% of small-cap funds outperformed the S&P SmallCap 600 Index in the three-year period ended 2021, only 21% and 7% did so over the 10- and 20-year periods. The report card is even worse for mutual fund managers taking on elevated credit risk, with only 15%, 5.8%, and 1.6% of actively managed high yield funds beating the Barclays U.S. Corporate High Yield Index.

Seeing this makes it easier for advisors to look to the iShares Core S&P Small Cap ETF (IJR A-) and the SPDR Bloomberg High Yield Bond ETF (JNK A-) for index-based alternative exposure.

Regardless of your client’s time horizon, you should want a fund to at least survive long enough to help them achieve their goals. Part of the reason the short- or long-term record is so dismal for active funds is that they fail to even finish the race. There were 2,150 domestic equity mutual funds (primary share classes) available at the start of 2018, but 310 of them (14%) were merged or liquidated. In 2011, there were 2,611 such funds, but 990 (38%) failed to survive their first decade. Asset managers tend to close or merge underperforming funds, but advisors that choose such a strategy often lose the choice of whether to stick with it over time.

ETFs tied to indexes from S&P, MSCI, FTSE Russell, and others occasionally close or change benchmarks, but this usually occurs due to a lack of demand impacting a small base of investors.

While active management fails to consistently add value, focusing on cost can improve the chances of success. The average actively managed equity mutual fund charges close to a 1.0% expense ratio in its attempts to outperform a common benchmark. While gross of these fees, the average fund still faces challenges; the high expense ratio compared to the fee benchmark (which can easily be replicated for 0.10% or less) is a 100-pound weight being carried, slowing the fund down.

For the first 15 years of SPIVA, advisors needed to primarily look for lower-cost active mutual funds if they believed in the potential of outperformance and wanted to increase their chances of success. However, in the last five years, asset managers have launched relatively low-cost, actively managed equity ETFs. These include the Avantis U.S. Equity ETF (AVUS A), the Dimensional U.S. Equity ETF (DFUS A), and the JPMorgan ActiveBuilders U.S. Large Cap ETF (JUSA C+), which all charge expense ratios less than 0.20%.

While low fees will likely help these relatively new ETFs to compete, stock selection success will be the driver of performance and asset gathering. Managers need to differentiate the market leaders from the laggards correctly. The SPIVA data has consistently shown that doing so is harder than investors appreciate. While I have not seen the unpublished SPIVA Mid-Year 2022 Scorecard, which is expected this week, I am confident that the long-term data will continue to confirm this. 3 Years After Their Launch, 5 Avantis Funds Have More Than $1 Billion in Assets 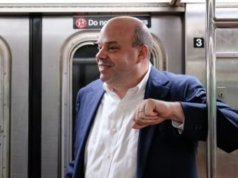 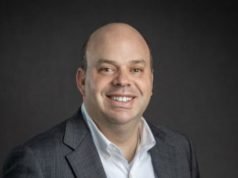 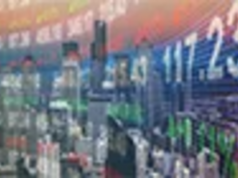