What was once deemed a fairly predictable investment into Chinese bonds has seen a drastic pullback as foreign investors withdraw funds at significant rates, reported the Wall Street Journal. It is part of a larger picture of a strengthening U.S. dollar that has impacts on investments abroad and is resulting in investors withdrawing and redeploying their portfolios.

International investors have invested heavily in Chinese state-owned lenders for years. Banks that were the drivers of international and domestic projects in China, due to their higher interest rates paid as well as the perceived safety in investing in these policy banks. These same banks, since the Russian invasion of Ukraine, have seen two of the three major Chinese state-owned banks lending billions to Russia after sanctions were enacted by much of the Western world.

Over $27 billion in yuan-denominated bonds from these banks have been dumped since February of this year, roughly one-sixth of all holdings of this kind of debt. It is part of the bigger withdrawal from Chinese bonds, to the tune of $61 billion over the same period.

A weakening yuan and decreasing yield advantage alongside a strengthening U.S. dollar have many international investors redeploying their allocations elsewhere. On Friday the 10-year Treasury note was 3.10% compared to China’s 2.83%.

It’s all part of the larger impact of the strong dollar whose impacts are being seen in the yuan, the euro, and many countries abroad as the Federal Reserve continues to tighten in its fight against inflation in the U.S.

“Ultimately, the Fed wants a meaningful economic slowdown to curtail inflation, and a stronger dollar is part of that cocktail,” Morgan Stanley analysts wrote in a note to clients on Monday.

The WisdomTree Bloomberg U.S. Dollar Bullish Fund (USDU) seeks to outperform the Bloomberg Dollar Total Return Index. It’s an actively managed fund that seeks to benefit when the U.S. dollar appreciates compared to a basket of global currencies by tracking a long position in the U.S. dollar against developed and emerging market currencies that are highly liquid and engage in high trade flow with the U.S.

USDU is a fund that can be used as a diversifier for portfolios due to the dollar’s strong negative correlation to international equities and bonds. 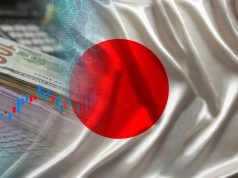 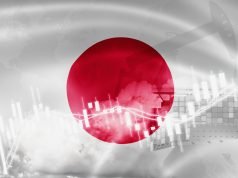 Consider Japan, Dividends in ETFs for 2023

Cloud Computing—What Are the Big Players Telling Us?