Federal Judge Paul Engelmayer’s decision last week ordering ETF Managers Group to pay $80 million to Nasdaq  in a dispute over control of the biggest cybsersecurity ETF, ETFMG Prime Cyber Security ETF (HACK),  and other ETFs marked the culmination of a years-long battle over who is entitled to the profits from a handful of niche ETFs.

Engelmayer ruled that ETFMG had breached its contracts with its former business partner and misappropriated millions of dollars in fees.

In siding almost entirely with Nasdaq, Engelmayer called ETFMG’s conduct “little more than an act of theft.” The judge even went so far as to repeatedly question the credibility of Sam Masucci, chief executive of ETFMG.

But Nasdaq didn’t get everything it wanted: Engelmayer left ETFMG in charge of the day-to-day operations of the disputed funds.

Engelmayer’s split decision leaves investors to decide whether ETFMG’s funds are worth any risks. As far as investors are concerned, little has changed. ETFMG continues to operate the ETFs, as it did before the judgement. The funds continue to trade under the same tickers, tracking the same indexes.

And even if the judgement stands, fund investors won’t be the ones to pay it, said Dave Nadig, managing director of ETF.com.

Heart Of The Issue

At the heart of the dispute are five ETFs with combined assets of $1.65 billion. All five are former PureFunds ETFs now trading under the ETFMG brand.

What Was At Stake

The International Securities Exchange, later acquired by Nasdaq, provided financial backing for the funds in exchange for the lion’s share of the profits, a risky endeavor since most new funds fail.

The arrangement gave Masucci significant operational control. As the adviser to the funds, ETFMG collected the management fees from investors — at times as much as $600,000 a month from HACK alone — and used the money to pay the fund’s bills, including ETFMG’s own fees. Any profits were forwarded to ISE, which paid Chanin his share.

The Bend In The Road

The relationship began to sour after Nasdaq bought ISE in June 2016, and ruptured altogether in 2017 after ETFMG stripped the PureFunds brand from the ETFs, renamed the funds with the ETFMG monicker, and claimed that ETFMG was entitled to keep all the fees for itself. Nasdaq sued in October 2017.

After two years of legal wrangling, Engelmayer ruled that ETFMG “blatantly breached” its contracts “by appropriating these profits for itself, as it continues to do to this day.”

Despite Engelmayer’s judgement, the litigation risk is unlikely to be resolved any time soon. ETFMG has promised to appeal, a process that will likely drag on for months or longer. Moreover, a separate New Jersey lawsuit brought by Chanin is slated to go to trial in 2020.

The ETFs Run As Designed

While the ongoing legal uncertainty might give some investors pause, it’s worth noting that all five funds have continued to trade for more than two years even as both cases wound their way through the courts.

Some investors are worried that the judgement could force the funds to shut down. So far, there’s no indication of that. In fact, though Engelmayer ruled that ETFMG breached its contracts by failing to close IFLY and GAMR at Nasdaq’s direction, the judge did not order ETFMG to shutter the funds now.

Another concern is what happens to the funds if the judgement puts ETFMG in financial difficulty. However, fund assets are safeguarded by a separate custodian. Investors’ money is protected, even in the event of an adviser’s insolvency.

There are, of course, other considerations. Perhaps the most remarkable part of Engelmayer’s ruling is his withering assessment of ETFMG’s conduct and Masucci’s own credibility.

During his testimony, Masucci claimed that there was an oral agreement with ISE that allowed ETFMG to keep the profits from HACK and the other disputed ETFs.

Engelmayer repeatedly rejects Masucci’s testimony, describing it throughout the 166-page judgement as “contrived and unpersuasive,” “threadbare and unconvincing,” “incredible — and clearly false,” consisting of “uncorroborated after-the-fact assertions,” “demonstrably false,” “knowingly false,” and “fictitious” and “overwhelmingly disproven by the evidence at trial.” Masucci’s claim lacked “any credibility, was unsupported by and inconsistent with other testimony, and ultimately was fatally undermined by the testimony of Masucci himself.”

Engelmayer went on to say, “Regretfully, but firmly, the Court concludes that this testimony on Masucci’s part was a falsehood, concocted after the fact to rationalize ETFMG’s decision to retain the lucrative HACK profits and deny them to Nasdaq, a business partner that Masucci had grown to resent and detest.”

“The Court, in the end, was not left with any confidence in the accuracy of any uncorroborated representation of fact made by Masucci, let alone an improbable claim of entitlement to a profit stream worth millions of dollars,” Engelmayer wrote.

(The full text of Engelmayer’s Dec. 20 opinion can be found at https://www.pacer.gov. The case is Nasdaq Inc. v. ETF Managers Group, LLC et al, in the U.S. District Court for the Southern District of New York.)

The laws governing investment funds leave supervision in the hands of trustees and investors. For the time being, ETFMG remains the adviser to all five funds. Only the investors and the three-member board of trustees, of which Masucci is chairman, have the power to replace the firm.

The independent trustees could, in theory, remove ETFMG as the adviser, but there are few precedents. Ousting Masucci as a trustee could prove even more difficult.

“To me the very most important question going forward is this: what will HACK’s board do?” Nadig said. “They have a responsibility to shareholders to ensure the fund is run with the highest level of integrity and professionalism. It seems impossible they can just ignore these words from the trial judge in their ongoing governance of the funds.” China Activity Gauges – Down But Not Out 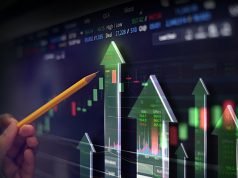 @TurtleD46282024 @ETFSA Yes indeed, but the longer... you wait to buy the #ETFs, the less you lose out on capital growth, and therefore the potential tax savings in the #TFSA