GraniteShares writes that electric vehicle maker Tesla is a USD1 trillion stock market success story with growth of more than 74.3 per cent  year to date.

GraniteShares 3x Long Tesla Daily ETP listed on the London Stock Exchange seeks to provide three times the daily performance of Tesla Inc shares and has delivered growth of 160.8 per cent over the same period, compared with 110.65 per cent for bitcoin.

During the first week of November more than USD55 million has been traded in the GraniteShares 3x Long Tesla Daily ETP, compared to USD8.5 million traded in the GraniteShares 3x Short Tesla Daily ETP.
Will Rhind, Founder and CEO of GraniteShares, says: “Tesla has been one of the most exciting stock market stories of the past decade. Whether you a Tesla superfan or a devout sceptic there has been some major volatility along the way as markets react to announcements by CEO, Elon Musk.

“Recent news about Hertz and the signing of a contract for 100,000 Tesla’s is another illustration of the volatility, but our analysis shows going long Tesla has been a strong investment beating out bitcoin for example. Increasingly we are seeing sophisticated investors adopting strategies which used to be exclusive to institutional investors and Tesla is another example of the opportunities.”

GraniteShares, which offers a range of 3x short and 3x leveraged ETPs on popular UK, US, and French stocks, has doubled assets under management to USD200 million in Europe in just six months on its range of products.

The firm writes that it hit the USD100 AUM milestone in April this year and has continued to build driven by new products and expansion with its products listed on the London Stock Exchange and from September on Euronext in Paris.

It is seeing record levels of trading in its leveraged and short LSE listed ETPs. In Q3 2021, USD300 million was traded, a 43 per cent increase compared to the volume seen in Q4 of 2020.

GraniteShares currently offers 54 ETPs listed on the London Stock Exchange and 62 on Euronext. They consist of a suite of index ETPs tracking FAANG stocks and a suite of Short and Leveraged Single Stock Daily ETPs tracking some of the most popular companies in UK US and French markets. 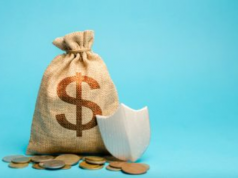 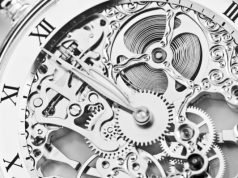 Give Silver a Look for Short-Term Opportunities As Global Market Steadies, Get Exposure to International Equities