Assets under management increased by 0.9 per cent from USD7.99 trillion at the end of December 2020, to USD8.06 trillion at the end of January, according to ETFGI’s January 2021 Global ETFs and ETPs industry landscape insights report, the monthly report which is part of an annual paid-for research subscription service.

“The S&P 500 posted a loss of 1 per cent for January due to the sell-off during the last week of the month,” says Deborah Fuhr, managing partner, founder and owner of ETFGI. “Small and mid-cap stocks outperformed in January, with the S&P Mid-Cap 400 and the S&P SmallCap 600 up 2 per cent and 6 per cent, respectively. Slower-than-expected Covid-19 vaccine distribution affected global impacted equities globally. The Developed markets ex- the US ended the month down 1 per cent while Emerging markets were up 3 per cent for the month.“

Active ETFs/ETPs listed globally reported net inflows of USD16.90 billion during January, which is significantly higher than the USD6.47 billion in net inflows active products had attracted in January 2020. 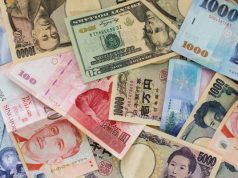