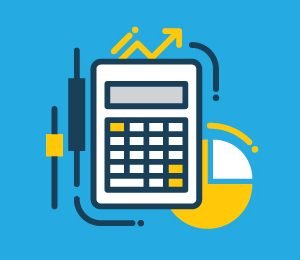 Today Fidelity has launched a lineup of three ETFs that implement the financial giant’s own in-house model for actively managed ETFs that do not disclose their holdings on a daily basis.

The trio of new ETFs and their expense ratios are as follows:

The three funds come with expense ratios of 0.59% and list on the NYSE Arca.

These are the first ETFs launched by Fidelity using its model for “nontransparent” actively managed ETFs. The model includes a proxy portfolio that is publicly available on a daily basis along with the percentage by which it overlaps with the ETF’s actual portfolio.

What makes the Fidelity methods superior, according to Greg Friedman, head of ETF management and strategy at Fidelity Investments, is the fact that the firm uses ETFs in its proxy portfolio in addition to securities disclosed in the previous holdings report. The ETFs are selected based on their correlations with the undisclosed securities, liquidity and costs to create a close tracking differential to the actual portfolio.

Holdings are reported on a monthly basis with a 30-day lag, Friedman says, noting that this is Fidelity’s standard for disclosure on its mutual funds and the model can adapt to any firm’s established disclosure schedule. The model has been licensed to other firms including Goldman Sachs.

“It offers liquidity. It offers an ease and simplicity that allows it to still look like an ETF and operate like an ETF. There’s no extra players, no extra nuances. It’s very simple; it’s very elegant, and we have a very tight tracking differential between the proxy basket and the fund,” he said, adding that the use of ETFs in the proxy portfolio shields the fund’s holdings a bit better than if stocks were used. This is  important beyond investors looking to game the fund, as many managers use similar strategies across a fund family.

The Funds
Today’s launches essentially confirm speculation that “nontransparent active” ETFs would allow issuers to bring existing mutual fund strategies into the ETF realm. The three new funds are basically ETF versions of three existing Fidelity mutual funds, each of which have been available to investors for decades. However, in all three cases, the ETF is cheaper than the mutual fund.

FMIL is the ETF version of a mutual fund that has been around since 1992 and has $2.2 billion in assets under management. The fund looks to invest in the stocks of companies that are likely  to benefit from paradigm shifts in technological innovation, demographics and social attitudes, among other trends. The mutual fund comes with an expense ratio of 0.69%.

FBCG is the ETF version of a $32 billion mutual fund that launched in 1987 and comes with an expense ratio of 0.80%. Meanwhile FBCV is a version of a $368 million mutual fund that launched in 2003 and charges 0.65%. Both funds select their blue-chip holdings from a universe that includes the components of the S&P 500 Index and the Dow Jones Industrial Average. All three ETFs have the same managers as their corresponding mutual funs.

The addition of these new ETFs brings Fidelity’s total ETF offering to 32 funds, with more than $16 billion in assets under management. While Fidelity has four actively managed fixed-income ETFs that have been trading for some time, the trio of funds that launched today are the firm’s only actively managed equity ETFs.

American Century Investments and Legg Mason both launched their own actively managed ETFs that disclose their holdings on a quarterly basis earlier this  year using the Precidian model. A Reflation Shock: The Catalyst for Small and Mid Cap Value? Another way to get your #FauciOuchie and the ... Market Is Happy!

Use #AI to set your #trading strategy. https://bit.ly/3sEyGJi

Yes! I also like #BATT and #LIT (#battery #etfs) ... LONG! As well as #LAC mining in the States from Canada

Want to Invest In Great Scheme with a Duration of ... just 1-3 Years? 💰 Look no further as we have brought to you the 5 Best Short Term Mutual Funds that can give you great results.⬆️#mutualfunds #mutualfundsahihai #sharemarket #stockmarket #ETFs #sensex #Nifty #niftyfifty

The ETF Analyzer: Sector SPDR Edition for March ... 2021 is ready for download at https://bit.ly/2PoAc47