Rivian made a big splash last year as the first electric vehicle manufacturer to come to market with an all-electric pickup truck, beating out Tesla, Ford, and General Motors to launch. Despite supply chain impacts that have reduced the company’s ability to manufacture vehicles, Rivian CEO Robert Scaringe is confident that it will be able to deliver 25,000 vehicles this year and that the market demand will remain robust looking ahead, reports CNBC.

Other major car manufacturers are either beginning production or shipping their competing versions of larger electric vehicles within the next year, including the F-150 Lightning from Ford and the Cybertruck from Tesla, while GM began shipping its electric Hummer in December 2021. Scaringe isn’t concerned about the competition and believes that it will be a good thing in a market that currently has exponentially more demand than supply.

“Humans have an infatuation with winners and losers, like everything in life has to be a zero-sum game,” Scaringe said. “I really just don’t see it that way. … I look at it as I hope Hummer’s wildly successful. I truly do. I hope Lightning’s wildly successful, and I hope we’re wildly successful. And I think all three of those can happen from an intellectual honesty point of view.”

Scaringe sees the longevity of gas-powered vehicles as very limited, believing that both production and sales of fossil fuel-reliant vehicles will come to an end sooner rather than later, in closer to 20 years than 50.

“Most countries around the world will stop selling gas engine-powered cars. The scale of the shift is hard to fully appreciate,” Scaringe explained. “The challenge is whether it’s driven by policy or not. The businesses that are going to survive are the ones that recognize that the end state for combustion is zero.”

Rivian, which also supplies electric vans for Amazon, has met with serious supply constrictions that have drastically reduced its ability to produce vehicles. The ongoing semiconductor chip supply crunch that Scaringe doesn’t expect to improve before next year, coupled with shortages of wire harnesses produced in Ukraine, have hit the automotive industry widely.

The company, which had a tremendously successful IPO in November, is still “the one” to watch in terms of positioning to compete against Tesla in the long term, according to Adam Jonas, Morgan Stanley’s lead automotive industry analyst.

Investing in the Major EV Movers With KARS

KARS invests in many familiar car companies such as Rivian, Tesla, Ford, Mercedes-Benz, GM, BMW, and others, as well as major Chinese EV manufacturers such as Xpeng, Nio, and BYD, some of the biggest companies in the global electric vehicle industry.

KARS measures the performance of the Bloomberg Electric Vehicles Index, which tracks the industry holistically, including exposure to electric vehicle manufacturers, electric vehicle components, batteries, hydrogen fuel cells, and the raw materials utilized in the synthesis of producing parts for electric vehicles.

The index has strict qualification criteria. Companies must be part of the Bloomberg World Equity Aggregate Index, have a minimum free-float market cap of $500 million, and have a 90-day average daily traded value of $5 million. 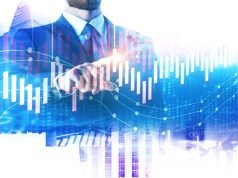 China Is Investing in the Metaverse. KWEB Makes It Yours Investors Should Take a Look at China ETFs

60-second technique to produce instant cash from ...a specific corner of the #StockMarket over and over. Works in bull and bear markets...