ETFs and ETPs listed in Europe gathered net inflows of USD6.10 billion in March, bringing year-to-date net inflows to USD31.59 billion, more than the USD27.27 billion gathered at this point last year.
Assets invested in the European ETF/ETP industry finished the month up 1.09 per cent, from USD850.28 billion at the end of February, to a record USD859.51 billion, according to ETFGI’s March 2019 European ETF and ETP industry landscape insights report.

Markets appear to have returned to the relative calm they had grown accustomed to over the past few years, according to Deborah Fuhr, managing partner and founder of ETFGI. “Returns for developed indices decelerated in March, as the effects of more cautious and accommodative central bank policies lose steam. The S&P 500 finished March up 1.94 per cent, with year-to-date returns of 13.65 per cent, marking its best quarter since 2009. The S&P Europe 350 rose 0.92 per cent in March, as economic data from the region continues to send mixed signals, bringing year-to-date returns to 10.90 per cent. The Topix 150 in Japan was up 0.32 per cent in March, bringing year-to-date returns of 7.96 per cent. Emerging & Frontier returns continued to outpace developed markets. The S&P Emerging BMI and Frontier BMI finished March up 1.74 per cent and 1.37 per cent, bringing year to date returns to 10.45 per cent and 8.82 per cent, respectively.” How Accounting Can Distort Valuations Will Growth Investors Have The Nerve To Be Contrarians? 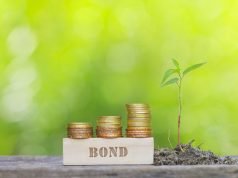 Panelists from: @ForesideTweets @dechertllp @TRowePrice @AmericanCentury @Fidelity + @NYSE discuss #SemiTransparent #ETFs + what we have learned from year one!

DAMN: ETFs have taken in a record $90b in Nov, which is an unheard of $5b/day pace, the extra kick coming from prev unloved areas like small, value, int'l etc. YTD flows now up to $427b, about $35b away from ann record. Wild finish to wild year.. chart via BI ETF<GO>