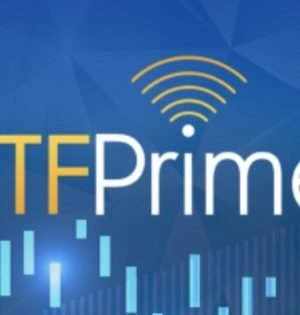 In the latest episode of ETF Prime, VettaFi’s Lara Crigger and Nate Geraci discuss an ETF milestone, what’s next for ARK Invest, the first inverse blockchain ETF, and a breakout industry hit. Later in the episode, Michael Green, portfolio manager and chief strategist with Simplify, provided insight on the Simplify Macro Strategy ETF (FIG ) and offered his perspective on the current market environment.

With 3,000 ETFs now actively trading, Crigger noted that it’s “wild to see how quickly the ETF industry has grown, especially in the last two years.” She explained that part of this “Cambrian explosion of ETFs” comes back to the SEC passing the ETF rule in late 2019, making it easier and cheaper for anybody to get into the ETF market.

The House That Wood Built

With Brett Winton being named Chief Futurist at ARK Invest, many are speculating on whether this means Winton’s being groomed to take over the reins if and when ARK founder and chief stock picker Cathie Wood decides to step down. Crigger contended that, despite Wood’s “devoted fanbase” and detractors, “ARK stands on its own.”

“I don’t think Cathie Wood is as much of a household name as we … would like to believe. I think ARK stands on its own,” she said before adding that while Wood’s personality and comments may have influenced flows in and out of the ARK suite ten years ago, “you’d be hard-pressed to make that argument now.”

Crigger also pointed out that if you consider “the vast libraries of research that the ARK team has available, for free, on their websites and newsletters that they’re producing … you’ll see that ARK isn’t just The Cathie Wood show.”

“It’s a team of deeply knowledgeable and well-sourced experts who are often spotting trends before they become market-shifting events,” said Crigger.

IBIT, BLOK, and the Future of Long Blockchain ETFs

When discussing the launch of the first inverse blockchain ETF, the Defiance Daily Short Digitizing the Economy ETF (IBIT ), Geraci noted that the fund launched at a time when the entire cryptocurrency segment “has been obliterated” (the biggest blockchain ETF on the market, Amplify Transformational Data Sharing ETF (BLOK B-), is down nearly 50% this year). And while Crigger said that IBIT is an interestingly structured fund, she agreed that “it may just be walking into a market at the wrong time.”

“So, just be careful when you own and don’t forget that you own it,” she said. “This is not a set-and-forget instrument.”

In terms of the long blockchain ETFs, Crigger notes that “the crypto winter has not been kind to blockchain and bitcoin” and expects that “eventually a bloodbath in the ETF space is coming.”

The Secret to JEPI’s Success

Crigger rounded out the discussion by sharing the success story of the JPMorgan Equity Premium Income ETF (JEPI A), which “was leapfrogging over literally hundreds of other tickers in terms of how much research it was seeing from investors out there,” going from the 200th most popular fund to 4th in a matter of weeks. Year to date, the fund has brought in over $8 billion in new net assets.

And the secret to the fund’s success? “JEPI’s yield is just obscenely good right now.”

Investors are looking for viable income options, and with the average high yield ETF, chances are, you’re getting a yield of “7%, 8% if you’re lucky.” JEPI is providing a yield of almost 12%.

“And when it started to get super popular in the research side of things, JEPI was providing a 14% monthly yield,” said Crigger. “So, that’s pretty juicy.”

Listen to the entire episode of ETF Prime with Lara Crigger: