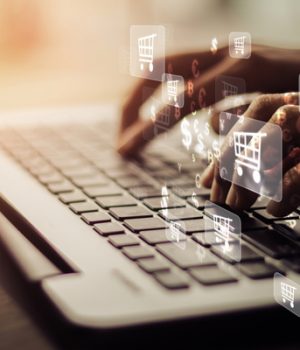 ETF Trends CEO Tom Lydon discussed the Next Frontier Internet & Ecommerce ETF (FMQQ) on this week’s “ETF of the Week” podcast with Chuck Jaffe on the MoneyLife Show.

FMQQ is designed to provide investors with exposure to the internet and ecommerce sectors of the developing world. FMQQ holds over 60 companies operating in emerging and frontier markets beyond China, including India, Brazil, Russia, South Korea, Taiwan, and South Africa.

Emerging Consumers Around the World

As noted, FMQQ goes beyond China and taps into innovative companies growing and going public at a fast rate in other parts of Asia, South America, Africa, and Eastern Europe. This fund is taking a cue from the founder of the Emerging Markets Internet & Ecommerce ETF (EMQQ B-). EMQQ is heavily tilted toward Chinese markets.

Billions of people are poised to enter the consumer class and gain access to smartphones, catalyzing a digital consumer revolution never seen before. Growth of consumption in frontier and emerging markets represents a significant growth opportunity as more than one billion people are expected to enter the consumer class in the coming decades. These consumers are using cheap smartphones and affordable broadband mobile connections to access the internet.

85% of the global population resides in developing economies. Emerging markets and frontier markets also boast some of the youngest demographics, with about 8.8 times the number of people under the age of 30 compared to developed economies. By 2030, the global middle class is expected to swell to 5.5 billion people, with consumption in emerging markets totaling $30 trillion — nearly half of the global total. The average ecommerce penetration in FMQQ countries is only 5%. In comparison, it’s 20% in the US.

Investors have utilized popular broad emerging market funds to track benchmarks like the MSCI Emerging Market Index. However, those EM funds are exposed to state-owned enterprises (SOEs), which are owned and controlled by the government.

These so-called SOEs are large, inefficient, have poor corporate governance, and may show widespread corruption. Among the largest or most popularly traded emerging market ETFs, 30% of underlying holdings are allocated to SOEs.

Listen to the full podcast episode on FMQQ: 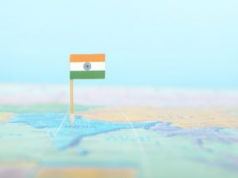 Amid a Possible Recession, India May Be a Solid Bet Amid a Possible Recession, India May Be a Good Bet Despite Short-Term Headwinds, Many Emerging Markets Have Great Long-Term Potential

This Stock Could Fuel FMQQ Rally Did you know that except for actively-managed ...#ETFs, there’s no active selection of securities or specific limitations on holdings with ETFs? Learn more about this low-cost, tax-efficient, #inflation fighter at http://cetfa.ca #ETF #investments

The Five Best ETFs To Buy During a Recession... ...#ETFs https://www.asktraders.com/learn-to-trade/trading-guide/etfs-to-buy-during-recession/?utm_medium=social&utm_source=twitter&utm_campaign=44785&utm_content=836

#ETF #transparency and flexibility are assets in ...volatile #markets. You can trade #ETFs quickly whether you wish to harvest returns or to make long-term #investments at a lower initial cost. http://cetfa.ca #volatility #investing