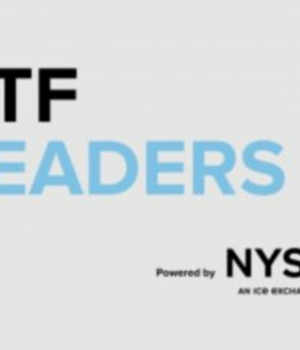 As with many ETF issuers who sat down with NYSE’s Judy Shaw for ETF Leaders, powered by the New York Stock Exchange, Amplify CEO Christian Magoon cited “The I Word,” aka inflation, as one of the biggest challenges facing investors in 2022.

“Inflation’s all over the news,” Magoon said at Exchange: An ETF Experience 2022, adding that he’s not only seeing “the negative impact in our portfolios,” but also in “our wallet, going grocery shopping, maybe filling our car with gas, so we really think investors for the first time in maybe 15 years need to have some part of their portfolio that benefits from inflation.”

As it happens, Amplify has an ETF that covers that. The Amplify Inflation Fighter ETF (IWIN) is an actively managed ETF investing in asset classes that seek to benefit, either directly or indirectly, from inflation.

Further into the discussion with Shaw, Magoon explained that, due to rising rates, “a lot of the growth of thematic opportunities haven’t been doing as well.” However, the Amplify chief noted that one way to still be involved in thematics “is look at government spending or government legislation,” and cited “two areas that stick out in a big way.”

The first area Magoon finds “very appealing” is “electric vehicles and battery charging stations.” The other area is cannabis.

“A lot of institutions can’t invest now, but retail investors can certainly” check out the Amplify Seymour Cannabis ETF (CNBS), the issuer’s “legal cannabis ETF that’s listed at the NYSE.”

“So, those are two unique areas that don’t necessarily depend on interest rates, [but] more about government legislation and spending, which I think is a little bit more predictable,”Magoon said.

Magoon also said he thought that digital assets “should be a portion of investors’ portfolios,” though probably a small portion.”

“There’s a lot of growth opportunities there,” Magoon said. “When we think of digital assets, we certainly think of bitcoin, but we also think of the underlying technology that bitcoin and digital assets are built on, which is blockchain.”

Amplify has the Amplify Transformational Data Sharing ETF (BLOK), “the largest blockchain ETF listed on the NYSE,” which he thinks is “a great way to get diverse access to that whole digital revolution.” Blockchain ETF’s Top Holding Has Been a Strong Outperformer 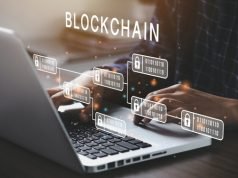