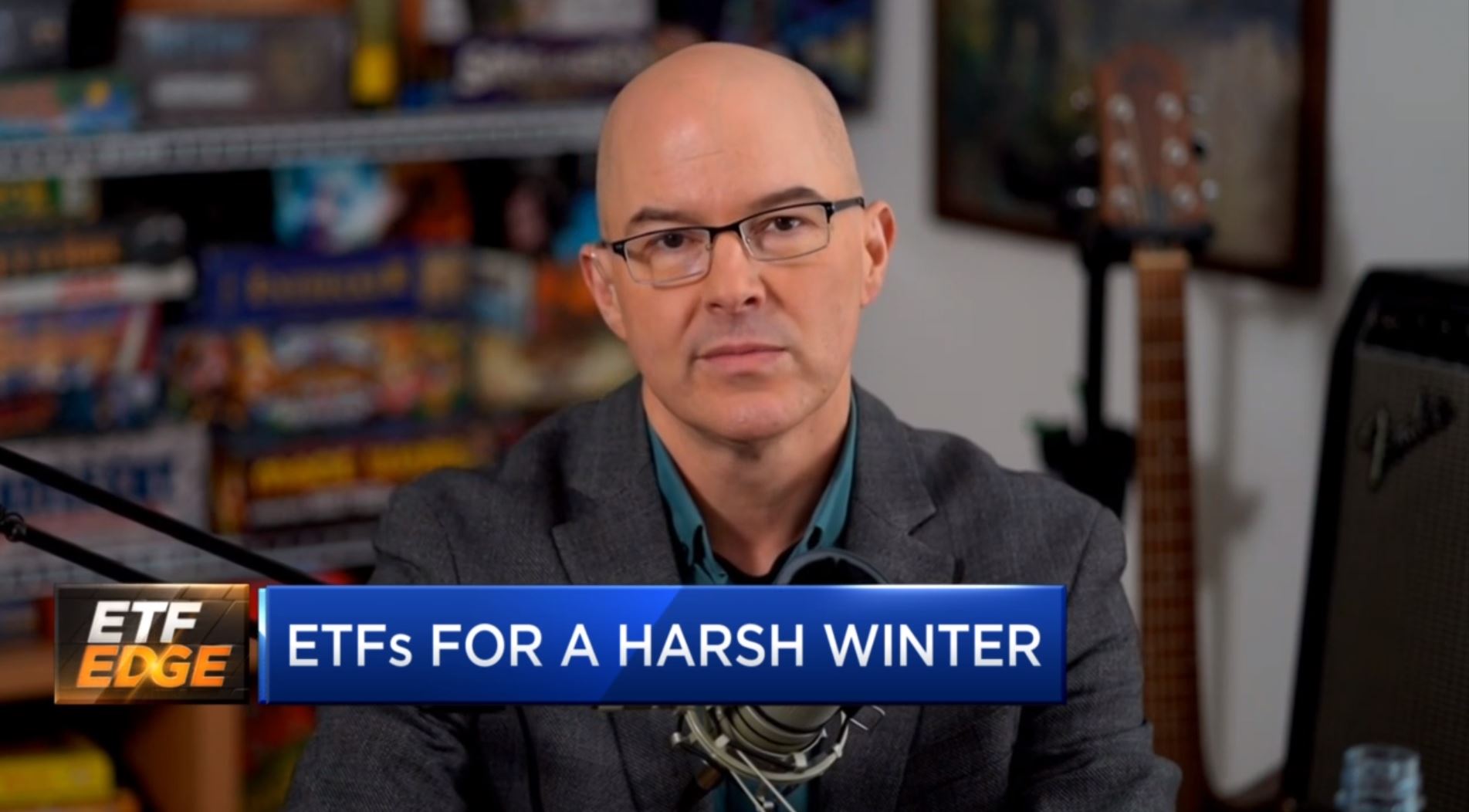 With winter coming faster, the potential arrival of vaccines will be challenged by an economy that could be significantly affected over the next two quarters before anyone actually receives it, let alone any stimulus.

ETF Trends’ CIO and Director of Research, Dave Nadig, joins this week’s “ETF Edge,” along with guest Will Rhind, CEO and Founder of GraniteShares, whom both speak with CNBC host Eric Chemi about hopes for a spring reopening placed against the potential drawbacks taking place during the winter.

When discussing the rotation back to the cyclicals possibly happening too early, Nadig finds that to be very much the case. He believes there’s very little chance the economy will be at any sort of peak over the next six months, with no chance of any significant stimulus before February.

Additionally, as Nadig explains, “Whether that stimulus is enough to do anything but maybe keep that consumer economy alive, I think really remains to be seen. And I don’t see a lot of real rosy things on the horizon until we see that broad distribution of a vaccine, and I think that’s much further out than we’re counting on.”

Instead, Nadig believes the right thing for investors to do is think about what’s been working during the pandemic. Some funds along the lines of the Direxion Work From Home ETF (WFH), which has gotten much play while being hugely volatile, are areas of success.

“I think those folks that have been winning in the ‘Covid economy’ are going to continue to win going forward,” Nadig adds.

When looking at what is to come in a realistic sense when it comes to distributing a vaccine that not everyone is going to have access to or take, Rhind jumps in to note how society is not at all out of danger yet, but something to be sure of is that there will have to be more stimulus at a government level and the Federal Reserve as well.

“The upshot of this,” according to Rhind, “There will be more volatility in the market. For me, gold is still a good play in this particular market environment. As people look for a hedge to the market volatility that we’re seeing.”

Nadig then adds how it’s important not to believe there’s another winner to be specifically looking out for. Instead, when considering equity allocations over the next six months, it may be better to look for signs of weakness. That doesn’t mean purchasing the most put-upon funds in the weakest sectors, but areas that have found ways to adapt to what’s taking place are things to consider.

“I think the fundamentals of the economy are still very shakey,” Nadig adds. “I think most of the good news is priced in. And I think a lot of the bad news is going to be pretty bad, and it will be a good quarter or two until we get some of that shaken out of the system. The market’s really good at pricing in hope. But I don’t think the market’s been particularly good at pricing in fear and reality.” The Race to the First Bitcoin ETF Understanding The Innovation Of ASYMmetric ETFs