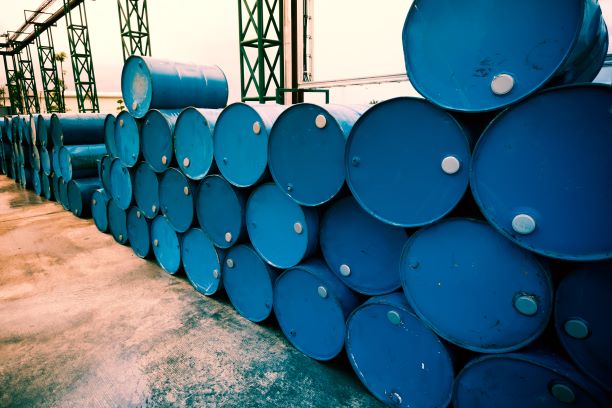 Crude oil prices are making an unprecedented drop below $10 a barrel today, as the front month for crude futures, May, is set to expire on Tuesday, as traders and investors are scrambling to exit as storage options continue to diminish.

While the front month West Texas Intermediate crude oil futures are currently trading under $8 a barrel as of roughly 1pm EST, the June contract, which traders and investors will need to move into is trading more than $14 higher, creating a massive spread, and a phenomenon known as contango, which often results from oversupply.

“Usually, the market goes into contango when there is a supply glut, when there’s too much oil on the market. And this is what we’ve seen happen just in the last few months as the recession fully set in and people realized the days of easy credit and high oil prices are gone. You know, there’s just a lot of oil floating around with no demand to take it up,” explained Lynn Cook, an energy reporter with the Houston Chronicle, in an interview back in 2008, at a time when oil had fallen sharply after reaching more than $150 a barrel.

With all this crude oversupply, there are limited storage options, making it difficult to store oil, and driving prices lower, while at the same time creating a contango based on a belief that oil demand will increase at some point in the future, so future oil prices are trading higher accordingly.

WTI was more affected than other crudes, as its main US storage facilities in Cushing, Oklahoma, were flooded with an oversupply, with Trifecta Consultants analyst Sukrit Vijayakar saying refineries were not processing crude fast enough.

There are also a plethora of supplies from the Middle East with no one to buy since “freight costs are high”, he told AFP.

AxiCorp’s Stephen Innes explained: “It’s a dump at all cost as no one… wants delivery of oil, with Cushing storage facilities filling by the minute.

“It hasn’t taken long for the market to recognize that the OPEC+ deal will not, in its present form, be enough to balance oil markets,” Innes said.

“The real problem of the global supply-demand imbalance has started to really manifest itself in prices,” said Rystad Energy analyst Bjornar Tonhaugen.

The European benchmark contract, London Brent North Sea oil for June delivery, was down 6.3 percent at $26.30 per barrel.

“As production continues relatively unscathed, storage is filling up by the day. The world is using less and less oil and producers now feel how this translates in prices,” Tonhaugen added.

Traders are becoming increasingly worried that oil storage facilities are reaching capacity, as stockpiles continue to build as the crash in demand caused by the coronavirus pandemic intensifies.

Analyst recognize the challenges in finding storage but believe that April could mark a low, which could result in considerably higher prices by next year.

“The curves are saying we have a big problem with the storage of oil right now,” Schieldrop said, noting the general market view seemed to be that the global economic trough and the oil demand trough would be April 2020.

In the second half of 2020, he added, the problem of storage capacity should “vanish rapidly” because oil demand is expected to rebound strongly, while inventories will draw down sharply. “This is why the Brent crude average oil price for 2021 is holding up so well at $40 a barrel,” Schieldrop explained.

There is also another reason why U.S. crude may be more vulnerable to declines, according to Goldman Sachs. The U.S. investment bank said it expected waterborne crude oils like Brent to be significantly more protected from the coronavirus contagion, with prices likely to hover around cash costs of $20 a barrel, amid ephemeral spikes and declines.

Brent is priced on an island in the North Sea about 500 meters from the water, where tanker storage can be accessed. In contrast, WTI is landlocked and 500 miles from water.

“This illustrates an important point,” analysts at Goldman Sachs said in a research note. They suggested that waterborne crudes were likely to be “better positioned” than landlocked price grades, such as WTI or those in Canada and Russia because it is easier to get at them in storage.

“Clearly, being a relatively landlocked market there, we are seeing real pressure on storage as a consequence of the collapse in demand. Without any sort of hope I suppose, at least over the next month about that easing up. I think prices are going to remain under pressure,” said Daniel Hynes, senior commodity strategist at ANZ.

ETF investors in crude oil who have held funds like the United States Oil Fund LP (USO) or the ProShares Ultra Bloomberg Crude Oil (UCO) all the way down have lost fortunes as the funds have plummeted. USO is off more than 9% today, while UCO has lost over 11.5%.