Central Bank Digital Currency (CBDC) is a form of authorized digital money backed by a Central Bank for a country. CBDCs can be designed for use either among financial intermediaries only (ie wholesale CBDCs) or by the wider economy (ie retail CBDCs) in the form of a digital wallet. Benefits of CBDCs could include letting people without bank accounts use digital payments or by giving central banks a lower-cost alternative to cash for providing a national payment method. On the other hand, Cryptocurrency is decentralized digital money that’s based on blockchain technology that is not aligned with any country but an alliance of miners and currency owners. The chart below shows how the four main forms of digital payments will co-exist in the future.

Many central banks are actively engaged in work on CBDCs as an advanced representation of central bank money for the digital economy. CBDCs may give further impetus to innovations that promote the efficiency, convenience, and safety of the payment system. While CBDC projects and pilots have been underway since 2014, efforts have recently shifted into a higher gear.

Benefits of CBDCs could include letting people without bank accounts use digital payments and giving central banks a lower-cost alternative to cash for providing a national payment method, according to the International Monetary Fund. Yet, critics are concerned about potential cybersecurity threats to these currencies and the lack of anonymity in using them.

Cryptocurrencies are pitched as decentralized alternatives to paper money. This is increasingly a problem for central banks, which could lose control over monetary supply if cryptocurrencies like Bitcoin and stablecoins—a type of token that maintains a steadier value—become the norm.

So some central banks have decided to create crypto competitors that they control. The value of this central bank-controlled digital currency, or CBDC, mirrors the price of its physical equivalent. For example, Nigeria’s e-Naira is worth the same as the physical Naira.

This is in sharp contrast to cryptocurrencies like Bitcoin and Ethereum, whose values aren’t pegged to any fiat currency. Their values can therefore swing wildly, as they have done over the past year.

Central bank digital currencies (CBDCs) can contribute to an open, safe, and competitive monetary system that supports innovation and serves the public interest.

The Bahamas’ digital currency, the Sand Dollar, was the first of any country to go beyond trials when it launched in October 2020. Relatedly, the Bahamas’ central bank said it wants to eliminate the use of checks in the country by 2024 because, in its view, mobile wallet payments and the Sand Dollar are better alternatives for consumers. It’s hard not to love the name,  the most common component in Sand is made from Quartz or Silica. Computer microchips are made from Silicon, and the digital world is made from microchips. So, it is rather clever that the Island nation uses the Sand Dollar for its digital currency.

After three years of development, Nigeria in October became the latest country to debut a digital currency, the e-Naira. At the time of that announcement, the Central Bank of Nigeria Governor Godwin Emefiele said that 500 million of the tokens had already been minted. Currently, only bank account holders can use e-Naira, but international fintech company Bitt, which helped Nigeria with its digital currency launch, is working to allow Nigerians who don’t have bank accounts use the e-currency.

The island nations, which jointly operate the Eastern Caribbean Central Bank,Antigua and Barbuda, Grenada, Saint Kitts and Nevis, Saint Lucia, Dominica, and Montserrat have all adopted the bank’s DCash digital currency. The electronic version of the Eastern Caribbean dollar was developed in partnership with Bitt and premiered in March. The currency, which can be used with or without a bank account, lets citizens of these nations make mobile, real-time payments without fees.

Major Currencies are slower to Act

U.S.A – On Thursday, January 20th, the Federal Reserve took a major step forward towards taking CBDCs seriously in the US, releasing a long-awaited report that examines the potential benefits and risks of CBDCs. This so-called digital dollar would incorporate elements of decentralized cryptocurrencies, like bitcoin, but with a major difference: It’s issued and regulated by the country’s financial authority.

China – The highest-profile CBDC is being developed by China’s central bank, the People’s Bank of China. China launched its pilot digital yuan on Tuesday, Jan. 4, 2022, which is started developing in 2014. The currency works through a mobile app, e-CNY, which is available on Android and Apple app stores. The PBOC pilot version of its digital yuan wallet application was tested in 10 areas of China including Shanghai and Beijing in the summer of 2020. The digital yuan is also now compatible with the most popular messaging app in China, WeChat from Tencent, a Top Ten holding in EMQQ.

For the remaining central banks, many will be rolling out tests in 2022 with a final product delivered in 2024, throughout the year. It will be exciting to see a digital Brazilian Real, Russian Ruble, Indian Repee, a digital Dollar, digital Peso and a digital Euro. The really interesting part will be how they use their new digital currency to bring the unbanked into the digital age.

We see the CBDC’s combined with Cryptocurrencies and Digital Banking APPs and services like Brazil’s (NU Bank), as positive sources for change to help the unbanked.

Where the UnBanked Live Share of the population without access to the services of banks or similar organizations worldwide in 2021, by country The term “unbanked” refers to a person or entity “not having access to the services of a bank or similar financial organization. There are more than 1.6 billion adults, according to the World Bank. Financial exclusion is costly, consulting firm EY Global has estimated that broader access banking, savings and lending products could boost GDP by up to 14% in large emerging countries such as India and up to 30% in Frontier economies.

We’re likely to use paper money as the preponderant payment domestically for a long time. Still, some nations—from Sweden and Norway to South Korea, China, and Australia—are increasingly becoming cashless societies, making it difficult to pay with paper bills. It is encouraging to see the rollout of CBDC, and seeing a digital Yuan e-wallet on top Apps like WeChat with more than a billion users is yet another sign of the power of Smartphones, the Internet, and Ecommerce in Emerging and Frontier markets.

Most of us take direct access to financial services for granted. When the COVID-19 pandemic struck, many people relied on digital payments to deliver groceries and purchases to their homes. Avoiding crowds in stores and marketplaces became a matter of life and death. Solving for the unbanked in Emerging and Frontier Markets will change.

Financial exclusion is expensive, and it impacts people’s quality of life and prevents them from investing in their future. It leaves them limited safeguards if they lose their job or fall ill, making them vulnerable to usurious and predatory lenders. In other words, access to financial services is a vital factor for coping with and escaping poverty, which is also why 7 out of the 17 Sustainable Development Goals promoted by the United Nations see it as an essential factor in improving the condition of the most marginalized.

A part of the EMQQ investment story from the beginning of 2014 was how the smartphone, Internet digital services, and Ecommece would empower over 1 billion people in Emerging Markets from a new middle-class recently lifted from poverty. The Launch of FMQQ in Frontier Markets proposes how the next billion in this new middle class in Frontier markets are becoming digital natives and buying things online. Now we see digital currencies transforming society and lifting another billion of the 1.6 billion unbanked to a safe and more secure digital existence, mainly from Emerging and Frontier Markets, especially because that is where most the people of the world live.

Greater than 60% of the unbanked globally were women. We tend to take equal rights for all people for granted, but we would like to recognize how a smartphone can change a woman’s life in an emerging market. From security to education, a bank account and access to a community to share experiences can genuinely alter the trajectory of one’s life for the better.

Most unbanked people are unbanked because they have no income in the first place, and true financial inclusion begins by lifting the unbanked out of poverty. The Internet and Ecommerce companies within EMQQ are also significant employers. Ecommerce, Logistics, and Delivery giants like Alibaba, Grab, Shoppe, Coupang, JD.com, Mercadolibre, Yandex directly employ tens of millions of people collectively in Emerging and Frontier Markets.

P.S. – Connect with EMQQ and FMQQ’s Founder: Kevin T. Carter on Linkedin for more aggregated stories like the one above, related to Emerging and Frontier Market Ecommerce and Internet Companies.

Risk Disclosures
Investing involves risk, including the possible loss of principal. Investments in smaller and mid-sized companies typically exhibit higher volatility. The fund is non-diversified. International investing may involve the risk of capital loss from unfavorable fluctuations in currency values, from differences in generally accepted accounting principles, or from economic or political instability in other nations. Emerging markets involve heightened risks related to the same factors as well as increased volatility and lower trading volume. Frontier markets generally have less developed capital markets than traditional emerging market countries, and, consequently, the risks of investing in foreign securities are magnified in such countries. These countries are subject to potentially significant political, social, and economic instability, which could materially and adversely affect the companies in which the Fund may invest. The Fund invests in the securities of Internet Companies, including internet services companies and internet retailers, and is subject to the risk that market or economic factors impacting technology companies and companies that rely heavily on technology advances could have a major effect on the value of the Fund’s investments.

This Stock Could Fuel FMQQ Rally 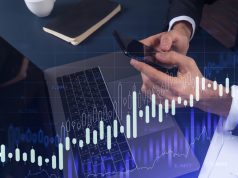 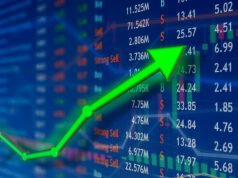