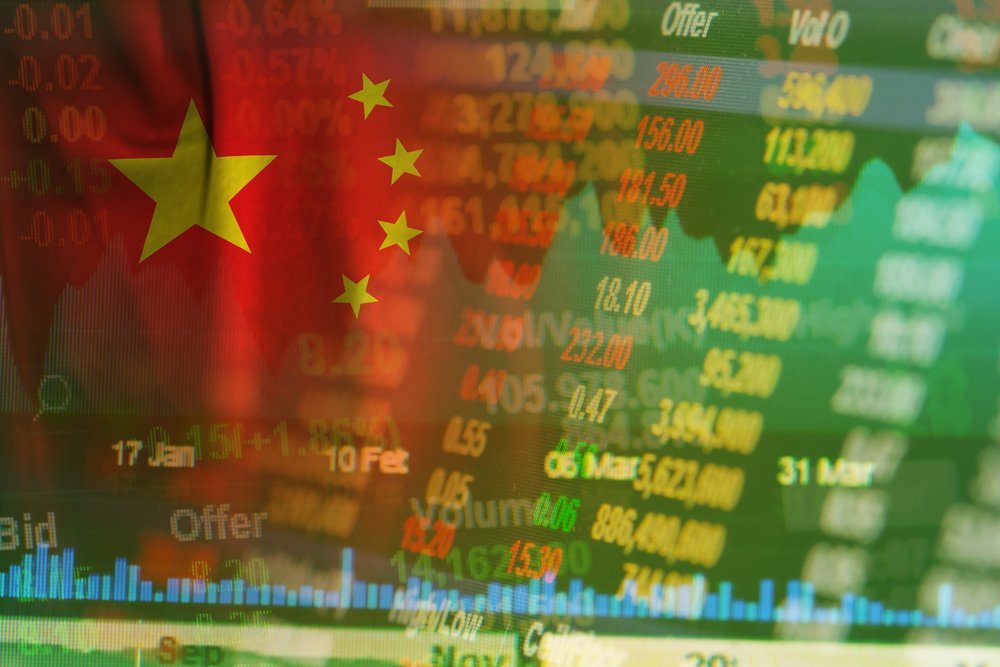 In the recent webcast, China: Emergence of a 3rd Trading Bloc, Sean Taylor, Chief Investment Officer APAC, Global Head of Emerging Markets Equity: Hong Kong, DWS, highlighted the long-term growth opportunity in Chinese markets. The International Monetary Fund projects China to overtake U.S. as the largest economy in the next few years. Over the short term, China experienced a deep recession along with other global economies during the coronavirus pandemic. However, China also experienced the shortest recession observed globally due to Beijing’s efficient containment of the contagion, with DWS now projecting the economy to growth to 2% from 1% in 2020.

The China growth story has been years in the making. The Chinese economy has stood out among the emerging markets. While income per capita has only doubled over the past ten years in India, it has increased tenfold in China. Chinese millennials have been the central drivers for the global economy. Those ages 16 to 35 in China make up 415 million of the population, compared to 207 million in Europe, and 146 million in the U.S. Additionally, the country’s emerging middle-income class has contributed to a booming $261 billion tourism industry. U.S. tourism only contributes $122 billion.

Looking ahead, Taylor pointed to a number of new economic drivers that could further support a rapid pace of expansions. In the digital economy, 5G applications market may exceed RMB 6tn in 2021, AI market could exceed RMB 200bn in 2021, online education growth is likely to exceed 15% p.a., and E-commerce livestreaming could exceed 20% of total online sales. President Xi also announced at the UN General Assembly on September 22nd that China aims to have carbon emissions peak before 2030 and achieve carbon neutrality before 2060, marking the first time China has announced any goals related to carbon neutrality. Additionally, the country is shifting its focus back on its domestic economy by raising chip self-sufficiency from 30% to 70% in 5 years, reducing dependency on soybean imports by changing domestic production and consumption, and substituting overseas travel with domestic tourism.

Columbus pointed out that sources of diversification are getting harder to find in an asset allocation context. Meanwhile, China is only G-20 economy expected to expand this year. Additionally, longer-term decoupling between the U.S. and China will likely lead to parallel economic and technological “spheres of influence”.

Taylor also noted that capital market reforms in China have made it easier to invest in the Chinese market, with foreign investments making its way into mainland Chinese markets as Beijing loosens controls. Taylor also focused on the opportunities in mainland China A-shares, which provide access to fast-growing firms in China, a domestically driven market, policy support, and further diversification.

Sean Edkins, Head of ETF Strategic Partnerships, DWS, underscored the diversification benefits of including exposure to China A-shares as many traditional emerging market and China funds have little to no exposure to mainland A-shares. Instead, most emerging market-related funds track Hong Kong-listed shares or NYSE-listed shares. Most China-related funds may show varying company and sector weights that do not reflect the scope of mainland markets.

ASHR is the largest U.S-listed A-shares ETF with $4.2 billion in assets under management and targets the 300 largest and most liquid stocks in the China A-shares market that trade on the China Securities 300 Index.

CN has a broader portfolio, allowing investors to track mainland Chinese stocks, with a 35.1% position in ASHX and 4.7% in ASHS, and the fund holds Chinese stocks listed in the U.S. and Hong Kong.

Lastly, ASHX, which switched its underlying index to the MSCI China A Inclusion Index, tracks the progressive partial inclusion of A shares in the MSCI Emerging Markets Index over time.

Financial advisors who are interested in learning more about China’s market can watch the webcast here on demand.