When the Eurozone project began, investors assumed that the credit risk for individual countries would be shared equally among the group’s members. This notion unraveled after the collapse of Lehman Brothers set off a chain of events that triggered the European Sovereign Debt Crisis in 2010. As the chart below shows, the average yield on 10-year sovereign bonds for peripheral and core countries was nearly the same from 1998 to 2008. Thereafter, interest rates diverged as investors realized that core governments would not bail out peripheral countries if they ran into trouble. Following Mario Draghi’s “whatever it takes” speech, in which he reassured investors that the ECB was willing to intervene in markets to prevent yield spreads from widening, bond spreads started to converge. However, the fundamental issue of who will ensure the credit risk of peripheral countries was never actually addressed.

By purchasing bonds and expanding its balance sheet, the ECB was able to place a cap on bond yields. Although this measure disproportionately benefits peripheral countries, the action is a form of monetary stimulus, which can increase inflation. Initially, when the ECB implemented its bond purchasing program, inflation was well below its 2% target, making its decision relatively risk-free. However, now that inflation has hit 8% for the first time in the Eurozone’s history, continuing the program may contribute to the price pressures. In short, the ECB is using the same tool to fight two contending issues. As a result, the central bank has to choose between containing inflation or allowing financial fragmentation. Nobel-winning economist Jan Tinbergen predicted this dilemma when he posited that a central bank would need an equal number of policy tools to tackle an equal number of policy problems.

Following the market’s reaction to its decision to tighten monetary policy, which saw yield spreads widen, the ECB announced it had created a new anti-fragmentation tool. The bank is expected to reinvest maturing bonds from its pandemic emergency purchase program on its balance sheet, but it isn’t clear how this mechanism could work. Theoretically, they could use the funds to invest only in periphery countries, but this would likely anger core European countries like Germany, who would interpret the move as a bailout. Another possibility is that the ECB uses an updated version of Outright Monetary Transactions (OMT). This action would allow the central bank to purchase the bonds of vulnerable countries in the secondary market on the condition they meet specific fiscal guidelines, a requirement that could trigger a political backlash in the periphery nations. The central bank is expected to iron out the details of the anti-fragmentation tool at its July 21 meeting.

Although the recent narrowing of the interest spread between Italian and German 10-year bonds suggests that the market has confidence the bank will come to a satisfactory resolution, we remain skeptical. The ECB has an explicit goal to maintain price stability and an implicit aim of preserving the Eurozone. Neither choice has a desirable outcome. If it tackles inflation, investors will push up the borrowing cost for peripheral countries like Italy. The rise in borrowing costs could trigger a fiscal crisis and force a government to abandon the euro. On the other hand, if it chooses to keep bond spreads narrow to preserve the euro, it may risk raising inflation expectations along with higher inflation. The most likely outcome of this uncertainty is euro weakness. 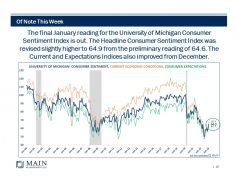 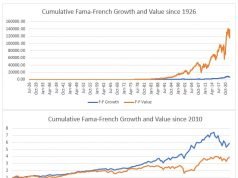 Investing in Value and Growth: A Brief Overview 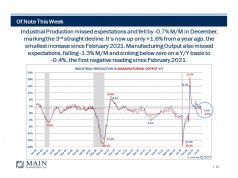 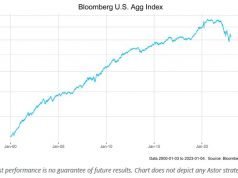 The Case for Active Fixed Income: The End of the Era In Which Rates Only Went Down 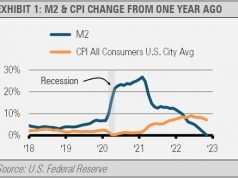 The U.S. Economy: Setting The Stage For a Strong Business Cycle 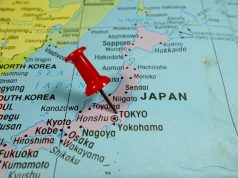 The Master of Surprise

What Does It Look Like Today Ppl? What Are The ...Moves On The #Market You Are Looking To Execute On? No Matter #cryptocurrencies #StocksToBuy #ETFs #bonds Or Your Preferred #Finanical #PassiveIncome Spot!
#F4F Comment LMK. Also, Stay Tuned For More.

Always fun to share thoughts with ...@HeatherInDenver @ElisabethKashne regarding what’s happening in #ETFs

...@ElisabethKashne (Director of Global Funds Research at @FactSet) and her colleague @LoisGregson (Senior ETF Analyst) join the podcast to discuss some of the more noticeable trends of 2022.