More investors and advisors are showing interest in the crypto economy, with the majority of advisors having reported that they have been asked about crypto by their clients in the last year. Cryptocurrencies can be confusing at first glance, particularly the Bitcoin network. The following is a basic explanation of how the Bitcoin network works and the role that crypto miners have within it, as reported by Bitcoin Magazine.

Bitcoin uses a Secure Hash Algorithm (SHA), the origin of which was created by the NSA, as a kind of way of coding information. The Bitcoin network utilizes a specific algorithm, SHA256, which is the essential tool used to scramble data in an extremely complex but methodical way. The way that SHA256 works is that any kind of digital data is input — it’s important to note that this process is very precise, and any change to the original input will result in a wildly different output — and then it is run through the SHA function to achieve a unique output, called the hash.

It’s impossible to determine the input just by looking at the output, but the outcome will always be identical if the input is the same and SHA256 is used, no matter where in the world or what kind of computer is calculating the hash. The number that comes out is 256 numbers long in binary, but is often shortened to hexadecimal form.

No matter how long the original input is, the output will always be the same length, and it is always impossible to predict the output when entering in the input; this can only be calculated and takes a great amount of work by a computer. While it can be done by hand, it would take hours to arrive at the final number.

How the Bitcoin Network Operates at a Glance

Bitcoin operates on a proof-of-work model that requires computers to constantly be calculating utilizing a trial-and-error method to find the next viable block. Each block includes hash from the previous one as well as any transactional information that will be carried on the new block. Each block in a blockchain is a ledger of sorts, containing an array of information, and each added piece of information changes the hash.

To be a viable hash that is accepted by the rules of the Bitcoin network, computers must constantly be crunching different variations of numbers and letters to find the right hash outcome. It’s why the system is called “proof-of-work,” because it takes computers running through thousands of hash possibilities per second while competing to find the “right one” that creates a new block. Miners that win the new block (calculate it the fastest) receive bitcoin as a payment, as well as any transactional fees.

As soon as a new block is discovered, work immediately stops on finding the hash for that block and begins on searching for the new one. The Bitcoin network was created in a way such that it is able to throttle the creation of new blocks and bitcoin as more miners compete for new blocks. This is done by essentially adding a 0 at the beginning of each hash code outcome. Requiring a 0 changes the entire input, which means that computers must work through all the calculations to arrive at a 0 outcome.

The more zeros, so to speak, the greater the number of calculations; when the hash rate is high and the network has robust mining activity, this difficulty adjustment increases to account for all the competition. Bitcoin aims to produce a new block every 10 minutes, and this is its way of throttling for mining traffic. A recent Bitcoin block had 19 zeros at the front of it, meaning that there is a 16 to the 19th power chance of calculating a new block every attempt. The hash rate is how many attempts are being made per second to create a new block, and the current world hash rate is somewhere around 200 million terahashes per second. (A trillion hashes make one terahash.)

BLOK has an expense ratio of 0.71% and currently has 45 holdings. 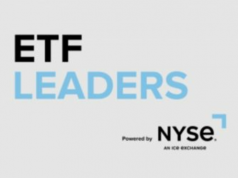 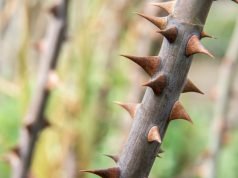