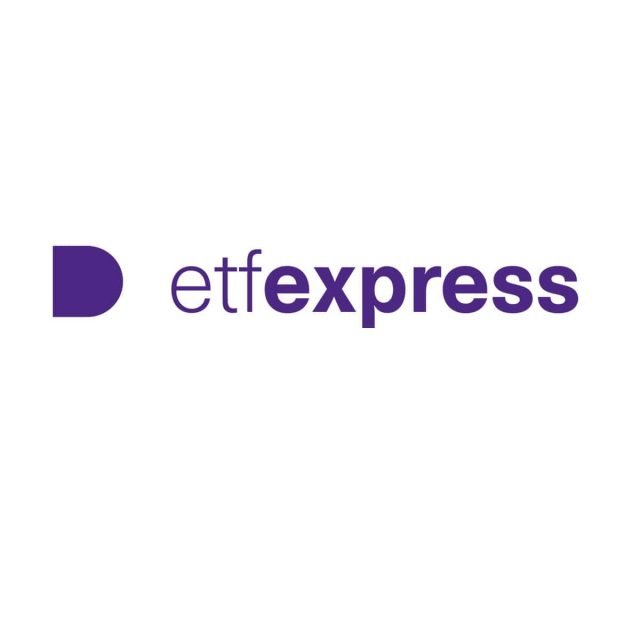 One strategy in the ETF world that has seen good inflows over these interesting months is the active ETF strategy, with ETF data providers ETFGI reporting that actively managed ETFs and ETPs saw net inflows of USD7.04 billion during June, bringing year-to-date net inflows into the strategy to USD26.69 billion.

This figure is significantly more than the USD16.41 billion gathered at this point in 2019. Assets invested in actively managed ETFs/ETPs finished the month of June up to 8.1 per cent.

Actively managed fixed income ETFs/ETPs account dominate, according to ETFGI, accounting for 67.4 per cent of overall assets followed by 27.1 per cent in equity products.

Dan McCabe, CEO of Precidian Investments comments: “The active ETF industry is just beginning to grow, with more filings for active last year than passive. The passive ETF space has got very crowded and it’s been a race to zero with firms cutting each other’s throats to gain assets.”

However, it might be that active ETFs, whether fixed income or equity, are something of a US phenomenon at the moment, with Ben Seager-Scott, Head of Multi-Asset Funds, Tilney Group making the point that there aren’t many options in the strategy in Europe at the moment.

“It’s not something we use at the moment, but is an area we’re keeping an eye on,” Seager-Scott says. “The main reason is that there aren’t many options at the moment – they’re mostly relatively small-fry in the fixed income space, and don’t offer something we can’t get in the broader active fund universe.”

Tax may have something to do with it. Seager-Scott says: “As you know, in Europe ETFs don’t have the same advantages around tax that they offer in the US, so it isn’t an area that has gained particular traction so far. They do have other benefits, such as being able to trade intraday, but so far, I don’t think that has been enough to drive significant interest.”

Oliver Smith (pictured), investment director at multi-family office, Sandaire, headquartered in London is on something of a watch and wait brief where active ETFs are concerned. “We don’t yet hold any actively managed ETFs, but, on the whole, they should prove attractive to us as this part of the investment ecosystem evolves,” Smith says. “Ultimately an ETF is just a wrapper to get economic exposure to a bunch of securities, and whether the holdings follow a benchmark or are actively managed”

For Smith, cost comes into the equation. “If the costs are the same, then I would be agnostic between an ETF and fund structure.  In fact, the ability to deal on exchange and intraday, has the key advantage of helping to remove some of the settlement mismatches that you can get with timing trades across funds in different jurisdictions,” he says.

“That said, not all strategies are suitable for intra-day trading, due to the illiquidity of the underlying holdings, and therefore actively managed funds will still play an important role in client portfolios. As with trading any listed security, bid-ask spreads are a hidden cost and need to be well managed to allow smaller ETFs to compete with funds.”

The active ETF strategy in the US has gone through a major series of regulatory changes in recent months, with the arrival of the ETF rule, and the new semi-transparent or transparent ETF structure, designed to shield the portfolio of the most active of ETFs from would-be traders.

The ETF rule, which gives the ETF its own regulatory regime, separate from the mutual fund act, allows for the creation of ETFs without them having to apply for exemptions under the mutual fund regulations.

Dimensional Fund Advisors, a systematic active money manager with close to four decades of experience and USD514 billion under management, has stepped into the ETF pool, with its planned launch of three ETFs later this year and this development has very much been due to the arrival of the ETF rule.

Marlena Lee, Head of Investment Solutions, at Dimensional Fund Advisors, says: “We have been watching this space and, with the implementation of the ETF rule, we believe we can now bring the full Dimensional approach to the ETF structure.”

The ETF rule has done away with the exemptive orders on creation and redemption baskets allowing Dimensional to use the approach they have been applying in their mutual funds to ETFs. “We rebalance our portfolios every day, so we are not using an index approach,” Lee says. “We have a flexible approach to trading and higher expectations of returns. We try to combine the best of index and active management so our solution tends to be low cost and well diversified but with the advantages of systematic active.”

Hari Rozental of investment IT platform Ryedale, recently published a study of the whole active and semi and non-transparent ETF universe. He explains: “Until recently, most of ETF sponsors in the US had to rely on exemptive relief from Investment Company Act of 1940 when launching new funds. In effect, ETFs were regulated under the venerable 40-act but each one required special permission to be exempt from certain 40-act stipulations. In October 2019, the Securities and Exchange Commission (SEC) adopted the new Rule 6c-11 that greatly simplified the process and abandoned the reliance on exemptive orders for funds structured as open-ended. However, the rule requires daily website disclosure of portfolio holdings to improve the transparency and promote the efficiency of the arbitrage mechanism.

“Full transparency has been the obstacle for active managers that were looking to move from traditional mutual funds to ETFs. Disclosing portfolio composition daily means revealing their ‘secret sauce’ and exposing the actively managed fund to front-running. As a result, many active ETFs with non-transparent disclosure (less frequent or partial basket disclosure) are not covered by the SEC’s ETF rule and therefore still have to rely on the complicated and lengthy exemptive relief mechanism.

“The complexity of the current regulation creates many options for fund managers looking to launch a new active ETF. For many fixed income active funds, full transparency may not necessarily be a problem as for equity products. Therefore, “vanilla” fully transparent ETF is the easiest option, especially in light of recent adoption of the ETF rule that eliminates lengthy exemptive relief process. However, with equity ETFs, the daily disclosure attracts the front-runners and allows many predatory traders to reverse engineer the investment strategy of asset managers. In the US, equity fund managers have to rely on several disclosure models that were recently approved by SEC.”

Precidian’s McCabe says: “Transparent active ETFs are active indexing, showing everyone what you are doing. What happens with that is there is leakage of the intellectual property of the fund manager and some have decided that they are happy to have that as they assume it will help with market making.”

Precidian offers the structure that lies behind a range of the new ETF structures, with two such funds launched with American Century, 16 signed up to launch funds and negotiations ongoing with some 50 more firms, including a long/short hedge fund.

McCabe says: “I believe that technology is changing rapidly in our business so the ability of people to mimic portfolios that are transparent is going to open up the probability that people will free ride portfolios on a daily basis – they won’t be paying to develop the expertise but rather to develop a system that utilizes the public information cheaper than the manager can deliver his or her expertise. It will become critically important for managers to protect their intellectual property as this becomes more of a trend and our ActiveShares model accomplishes this goal.”

He adds: “One of the things that is resonating with most of the parties we are talking to is that the portfolio managers’ daily workflow doesn’t change with our model.”

AJ Bell’s head of passive portfolios, Matt Brennan, commenting on the semi and non-transparent ETF structure, says: “It’s not really something we see much demand for at the moment, and don’t have a massive desire to use.

“It feels a little bit like people finding a solution for a problem that doesn’t exist. We like the ETF wrapper because of the transparency it gives, so a great deal of this is lost when the ETF is non-transparent.”

However, Brennan feels there may be a small incentive. “Perhaps the one advantage is it makes it slightly easier for investors to buy and sell on a platform, switch investments and so on,” he says, but ends with a warning. “However, it will also likely come with higher trading costs, given it is hard for an AP to hedge as effectively, so for now we still prefer the open ended structure for non-transparent active strategies, although we do see a place for thematics and other non-passive approaches, as long as it is fully transparent and rules based.”

ETF Express’s regular In My Opinion columnist, Allan Lane, recently commented on active ETFs, saying that the rise of the active ETF can only benefit the investor.

“After years of debating how many active angels one can fit onto a passive pinhead, the time has come to move on from that sterile debate. As the acceptance of the idea of active ETFs takes hold, we may well look back on this era as the time when the fund management industry finally went ahead with its own ‘5G’ revolution,” Lane wrote in July.

He predicted fees will drop, the words ‘active’ and ‘passive’ will disappear from investment speak, commenting that all investment is active.

“Tracking the FTSE 100 means the portfolio needs to be re-balanced every 13 weeks. Passive funds have never been passive; however, the re-balancing rules are often so simple no one gives it any thought. By contrast I suspect a lot of ETFs that were once classed as Smart Beta will in the future be re-labelled as active funds.”

The third point from Lane is that skill will become the commodity that matters – and no one can argue with that. A conversation with Nobel laureate William F. Sharpe about indexing 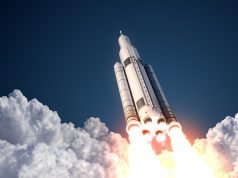 How a Cornucopia of Active ETFs Are Changing the Game Is This Time Different for Value?

Did you ever invested one time in a ETF? No?

Ask ... me how and i‘ll post the how to invest in a crypto ETF

At the moment there are 3 crypto Index

Per @JayJacobsCFA U.S. listed thematic #ETFs ... gathered a whopping $32B of net inflows and their collective AUM was up $55B YTD through November aided by gains made by cloud, clean energy and other #ETFs. $CLOU $WCLD $ICLN $TAN $EDOC Covid-19 has accelerated adoption.