The renewable energy transition has been underway for several years, but Russia’s invasion of Ukraine in February is amplifying the need for countries to enhance energy security.

As a result, more governments are signaling long-term commitments for renewables, potentially accelerating a transition that already has considerable momentum. Those efforts could have positive implications for exchange traded funds such as the Goldman Sachs Future Planet Equity ETF (GSFP).

In fact, Russia’s invasion of Ukraine highlights the need for more governments to invest in the products and services offered by GSFP member firms. For far too long, Europe has been dependent on Russian oil and gas, so much so that European natural gas prices surged 700% this year amid supply constraints, underscoring the need for countries in the region to assess speeding on renewables commitments.

“To put a finer point on the above, if Russian oil and gas supplies are disrupted further, Europe in particular will face a difficult short-term choice: resort to readily available technologies with known high CO2 emissions such as coal to fill the supply gap, or impose austerity measures to reduce energy demand,” according to BNP Paribas research.

Over the near term, the choices for European countries aren’t spectacular. Countries in the region obviously need energy, but it can take some time for renewable sources to come online. In the interim, with gas prices out of control due to Russia’s stranglehold over the commodity, some European nations are turning to coal.

That may be a necessary evil over the near term, but that move is likely to later stoke need for decarbonization products and technology — something that GSFP components focus on. On the other hand, the aforementioned clean energy transition is taking shape in some regards, potentially supporting the GSFP thesis on another front.

“In the meantime, while renewable energy capacity is building, governments could develop incentives for residents to encourage lower consumption and to electrify their heating sources. Since residential use accounts for about half of natural gas consumption in Europe, diminishing the region’s reliance on gas heating can have a significant impact,” added BNP Paribas.

As is widely known, the renewable energy transition won’t be cheap, and it will take years to reach the various net-zero goals set forth by companies and governments around the globe. Those factors could signal lengthy runways for top-line growth for GSFP components. 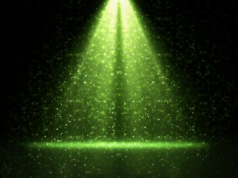 Case for JUST ETF Is Getting Stronger