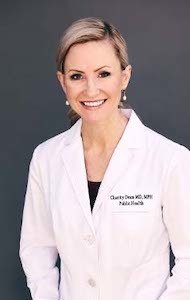 Exchange is bringing a dynamic and inclusive coterie of unique voices, industry experts, and free-thinkers to the keynote speaker roster. In addition to the legendary Michael Strahan, these six speakers compose an impressive line-up of industry thought leaders and experts.

Charity Dean MD, MPH, and TM, is CEO and co-founder of The Public Health Company, which brings together the best experts in public health disease control with private sector tech innovation to build autonomous disease control decision capabilities in scalable software. Prior to this, she was the assistant director of the California Department of Public Health (CDPH), and part of the executive leadership team directing California’s strategy and response to the COVID-19 pandemic. Dr. Dean served as co-chair of the California Testing Task Force, which successfully executed a strategy to rapidly scale up COVID-19 testing, and exceeded the governor’s goal of 60,000 diagnostic tests per day, reaching over 100,000 tests per day in under 12 weeks. In her role with CDPH, Dr. Dean provided strategic direction and oversight for the Center for Health Care Quality, and led public health and healthcare policy development and implementation to benefit all Californians.

Sam Hinkie is the former president and general manager of the Philadelphia 76ers. In 2013, he became the steward of the Philadelphia 76ers and repositioned the franchise’s future in just three seasons by acquiring record numbers of talented young players and draft picks, including drafting the first Rookie of the Year in 25 years to be selected outside of the top 10 picks. The innovative Sixers were once named by ESPN as the top team in professional sports for its use of analytics. Hinkie and his team have been profiled by The New York Times, Sports Illustrated, and ESPN, among others.

Michael Kitces is chief financial planning nerd at Kitces.com, which is dedicated to advancing knowledge in financial planning and helping to make financial advisors better and more successful. In addition, he is the head of planning strategy at Buckingham Wealth Partners, co-founder of the XY Planning Network, AdvicePay, New Planner Recruiting, fpPathfinder, and FA BeanCounters, the former practitioner editor of the Journal of Financial Planning, the host of the Financial Advisor Success podcast, and the publisher of the popular financial planning industry blog, Nerd’s Eye View. In 2010, Kitces was recognized with one of the FPA’s “Heart of Financial Planning” awards for his dedication and work in advancing the profession.

Frank Luntz is one of the most honored communication professionals in America today. “The Nostradamus of pollsters,” Sir David Frost called him, while Time magazine named him one of “50 of America’s most promising leaders aged 40 and under,” and Newsweek magazine identified him as No. 24 on its American Power Elite survey. Dr. Luntz also finished 87th in a Time magazine global poll of the “most influential people in the world.” He was named one of the four “Top Research Minds” by Business Week, “the hottest pollster” by The Boston Globe, “pollster extraordinaire” by the BBC, was a winner of The Washington Post’s coveted “Crystal Ball” award for being the most accurate pundit, and “the person you turn to for the truth” by Bloomberg News. Dr. Luntz’s focus groups have become so influential that Barack Obama said this after the PBS presidential debate: “When Frank Luntz invites you to talk to his focus group, you talk to his focus group.”

Cathie Wood registered ARK Investment Management LLC (“ARK”) as an investment advisor with the SEC in January 2014. With over 40 years of experience identifying and investing in innovation, she founded ARK to focus solely on disruptive innovation while adding new dimensions to research. Through an open approach that cuts across sectors, market capitalizations and geographies, Wood believes that ARK can identify large-scale investment opportunities in the public markets resulting from technological innovations centered around DNA sequencing, robotics, artificial intelligence, energy storage, and blockchain technology. As CIO and portfolio manager, she led the development of ARK’s philosophy and investment approach and has ultimate responsibility for investment decisions.

Former U.S. Presidential Advisor, former Advisor to the U.K. Cabinet, best-selling, award-winning author and tech entrepreneur Dr. Malmgren is an economist who makes sense of the world economy by writing books, founding tech businesses, advising global policymakers, and by public speaking. She writes a column about the world economy on Substack. She is the chairman of Datifly, a firm that advises on the use of drones by industry, and previously co-founded a drone manufacturing firm  that won the Cog X Award for Autonomy, the 2020 National Technology Award and Power Product of the Year 2020. Dr. Malmgren served President George W. Bush in the White House as Special Assistant to the President and on The National Economic Council. Her most recent bestseller, The Infinite Leader, won the International Press Award for the Best Book on Leadership for 2021. Dr. Malmgren completed the Harvard Program on National Security. She has a B.A. from Mount Vernon College, an M.Sc. and a Ph.D. from the London School of Economics. 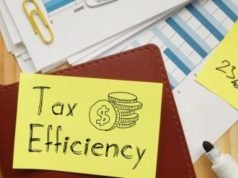 Anyone else still upset that we got scammed by 3x oil ETFs?
https://www.reddit.com/r/ETFs/comments/x6v0dk/anyone_else_still_upset_that_we_got_scammed_by_3x/