Now, two years after American Century Investments launched FDG and FLV, the two actively managed semi-transparent ETFs have seen their values soar. Since their inceptions, FDG and FLV have gone up 88.65% and 56.7%, respectively. And since trading on the Cboe BZX Exchange, data from ETF Database show that the funds have brought in a total of $296.4 million in net investor capital: $120.4 million from FDG, $176 million from FLV. FDG is a high-conviction strategy that invests in early-stage, rapid-growth companies with a competitive advantage and high profitability, growth, and scalability. The $170.74 million growth-style ETF, which aims to beat the Russell 1000 Growth Index, targets 30–45 large- and mid-cap U.S. companies. As of December 31, FDG’s top three holdings were Tesla Inc. (at 8.58%), Amazon.com Inc. (7.36%), and Google parent Alphabet Inc. (6.75%).

FLV tries to achieve long-term returns through an investment process that seeks to identify value and minimize volatility. FLV holdings and value stocks usually trade at lower prices relative to fundamental value measures, like earnings and the book value of assets. The $223.8 million FLV, which aims to beat the Russell 1000 Value Index, mixes cyclical sectors (like financials) with defensive (including communication services, consumer staples, healthcare, real estate, and utilities).

When the funds were initially launched, Ed Rosenberg, head of ETFs for American Century, said in a news release announcing the ETFs that the “new type of [active, non-transparent] ETF gives American Century one of the most diverse platforms in the industry and allows us to introduce products with our unique insights.” 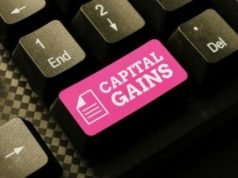